When state legislatures across the country convene for 2021 sessions early next year, lawmakers will be dealing with a host of issues few could have anticipated in a pre-pandemic world that now seems so very long ago.

Of course, as of late May, lawmakers in many states still had much unsettled business to contend with in 2020. At least 22 state legislatures adjourned sessions early without approving Fiscal Year 2021 budgets.

Most legislatures are expected to reconvene in special sessions before the fiscal year begins on July 1. They will try to adopt or amend spending plans skewered by costs to contain COVID-19 and by dramatic declines in projected sales tax and user fee revenues that had been incorporated into “wait-and-see” budgets.
In some states, governors may essentially rewrite existing budgets without calling for special sessions, vetoing planned expenditures to trim spending in accordance with downward revised revenue projections.

According to Moody’s Analytics, on average nationwide, states will experience a 20-percent decline in sales tax, user fee, and other revenue receipts in FY21. How severe the economic impact will be depends on how long the COVID-19 emergency persists, how deep individual state reserve funds were, and how much federal assistance states and local governments receive from Congress.

However, with a significant number of small businesses, ‘Mom and Pop’ retailers and independently owned restaurants unlikely to survive the shut-downs, rebuilding this key component of the economy – and the revenues it generates for state governments – could take several years, meaning state lawmakers could be presented with budget deficits in 2021 and beyond.

Since state lawmakers will still likely be devoting extensive resources and budget surpluses into pandemic response efforts, other legislative priorities, such as tax relief, infrastructure, public employee pay raises, may be laid temporarily by the wayside.

Among other pressing matters lawmakers in some states could address in 2020 special sessions are elections laws. That may be particularly true if COVID-19 remains a threat at polling places and voters demand expanded “off-site” access to the ballot through mail-in, absentee, and extended early voting options.

The COVID-19 crisis has sparked intense discussion among governors and state lawmakers into expanding mail-in, early, absentee and electronic voting opportunities; extending qualifying deadlines for candidates and petitions; and relocating polling sites for the 34 state legislature party primaries scheduled for this spring and summer should the COVID-19 emergency persist.

Partisan lines have already been drawn in reference to “off-site” voting. Generally, Democrats favor expanded measures while Republicans do not. There is little chance any temporary expansions adopted for primaries, such as in Kansas, Ohio and Alaska, will be permitted for November’s general election, even if a predicted second wave sweeps the nation in the fall.

The COVID-19 emergency has scrambled the preliminary rounds of the 2020 election cycle, forcing 16 states to reschedule presidential primaries and at least a dozen to reset state primaries. New York has canceled its primary for state offices altogether, although that decision is being challenged in court.

Use the Government Procurement Dashboard to track funding on both state and local levels.

There are 17 state primaries scheduled for June, beginning with seven on June 2 and another 11 set for August with four states planning primaries, as scheduled, in September. At least seven states also have tentative “run-off” primary elections penciled into their summer calendars.

The urgency in resolving voting-related concerns before summer state/congressional primaries and, if the COVID-19 emergency persists into fall, November’s general election, comes as 2021 seats in 86 of 99 state legislative chambers are up for grabs this fall. (Nebraska has a unicameral legislature)

The only state legislative chambers across the country that won’t see changes in elected members in 2021 are house and senates in Alabama, Louisiana, Maryland, New Jersey and Virginia where lawmakers were elected to four-year terms in 2018, and in the Michigan Senate, where four-year seats next go to the ballot in 2022.

Collectively, 5,233 of 7,383 state legislature seats are up for grabs in November. As of late May, Republicans controlled 52.2 percent of the 7,383 seats while Democrats held 46.9 percent.

Heading into the 2020 elections, Republicans hold majorities in 61 state chambers and Democrats in 37 with a bipartisan coalition sharing power in the Alaska House.

Republicans hold 21 “trifectas” with the GOP in control of both legislative chambers and the governor’s mansion while Democrats hold 15 and, in 14 states, neither party controls all three.

Many of the specific matters state legislatures will be dealing with in 2021 are likely to surface as 2020 campaign issues this summer and fall, with the November election potentially reshaping representative constituencies of some chambers.

Democrats gained state legislative seats in 2018 as part of the “blue wave,” winning majorities in five chambers and a power-sharing agreement in the Alaska House.

Democrats continued their “blue wave” momentum in 2019 elections, winning majorities in the both the Virginia Senate and House to make Virginia a Democratic trifecta. The November 2019 election of Democrat Andy Beshears in Kentucky ended a Republican trifecta in the Blue Grass State.  How voters perceive the efficacy in their state elected leaders’ response to the COVID-19 emergency, and how capable they believe statehouse candidates are in implementing plans for economic recovery and in safeguarding public health, will undoubtedly be key factors in determining who will be office in early 2021 when state legislatures convene.

Government Relations Technology: How the Well-Equipped Are Pulling Ahead 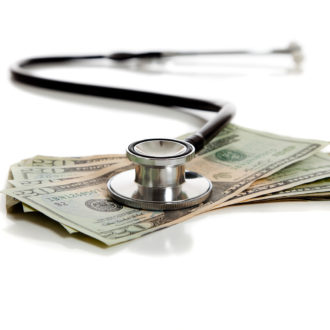