Democrats on Wednesday dived into the push-pull phase of their spending and tax negotiations in hopes of reaching an agreement on the broad contours of a budget reconciliation package in the $2 trillion ballpark as soon as this week.

The negotiations entered a new phase after President Joe Biden floated some potential cuts in meetings with progressives and moderates at the White House Tuesday to bring the measure’s ambitions in line with the reality that two key centrist Senate Democrats — Arizona’s Kyrsten Sinema and West Virginia’s Joe Manchin III — want a slimmer bill.

But it was clear Wednesday many details still need to be hashed out on most of the major categories Democrats have been pitching to voters as Biden’s “Build Back Better” agenda. On issues ranging from expanded health care programs and child tax credits to state and local tax deductions and paid leave, members weren’t yet sold on specifics.

And given Sinema's opposition, top Democrats were mulling whether to revisit higher tax rates on individuals and corporations that have been considered a done deal as offsets.

Some ideas that have been floated on the Senate side that could fit the bill are a tax on stock buybacks, a minimum corporate tax based on income reported to shareholders, and a levy on billionaires' assets, according to a source familiar with the talks.

House Ways and Means Chairman Richard E. Neal, D-Mass., said he met with Senate Finance Chair Ron Wyden, D-Ore., and White House officials Wednesday, and that he wasn't yet giving up on rate increases. "We're going to have to wait and see," Neal said of Sinema's concerns, adding that he's planning to talk with her about it. "The rates we came up with are not punitive."

Democrats said what's most important is that they’re negotiating details after weeks of impasse over topline numbers and the best approach to squeezing a long list of priorities into a much smaller bill.

“This is where it really gets fun because it's the last five minutes of the game," Rep. Jimmy Gomez, D-Calif,, said. "People get mad at each other, there's gonna be some people cussing each other out, but you know what — it's gonna happen."

Democrats have soothed long-running tensions over health care priorities with a tentative agreement to expand both health insurance access under the 2010 law (PL 111-148; PL 111-152) and Medicare benefits.

But proposals to extend more generous tax credits for subsidizing premiums, plug the coverage gap created by states that didn’t opt into the Medicaid expansion, and expand Medicare to include dental, vision, and hearing benefits are likely to be funded for only a handful of years, rather than become longer-term fixtures.

One of the more complicated pieces is creating the Medicare dental program. Rep. Mark Pocan, D-Wis., said the "lead-in time" to get the dental program started is at least three years, "so if you want to give it a more immediate benefit, you have to look at ways to do that.”

One under discussion is whether to provide a voucher for Medicare beneficiaries to cover dental services. That could allow enrollees to access those services sooner than in 2028 when dental benefits would take effect under the proposals (HR 5376) marked up by House committees last month.

Some Democrats were skeptical of using vouchers. Gomez said Democrats have long opposed vouchers in the Medicare program and that they would “undermine Medicare in the long term.” He and Debbie Dingell, D-Mich., complained that the vouchers being discussed provide a fixed amount that won't be enough to meet the needs, particularly of lower-income seniors.

The best analysis of the budget and appropriations cycle

Stay on top of the latest developments and navigate every step in the budgeting process and how it intersects with your priorities with CQ Roll Call.

“If you just do a voucher then the people who are going to be able to use it are the ones that already have the money to get through,” Gomez said, adding that vouchers could cover preventative care but wouldn’t be generous enough to cover reconstructive services.

Several Democrats made clear Wednesday that an effort to repeal, or at least lift, the $10,000 cap on the state and local tax deduction is still alive. “It has to be," Neal said.

A handful of New Jersey and New York Democrats have threatened to vote against the package without a "SALT" solution.

Rep. Mike Thompson, D-Calif., who chairs the Ways and Means tax subcommittee, participated in a Tuesday White House meeting with moderate lawmakers where he said he laid out some policy options for addressing the SALT cap other than full repeal.

"No SALT, no deal,” Suozzi said, reiterating his stance that he’d vote against a package that didn’t fully repeal the cap. “I'm confident we'll get it done."

The $10,000 cap, enacted in the 2017 GOP tax law (PL 115-97), expires in 2025 but is costly to repeal even for its few remaining years. House Democrats last year passed a two-year repeal of the cap in a coronavirus relief bill that never became law, which the Joint Committee on Taxation said would have cost $137 billion.

Rep. Bill Pascrell Jr., D-N.J., said he’s more concerned about making SALT relief last longer than he is about full repeal. “We may have to settle for an adjustment in the threshold,” he said.

Another topic of interest was the fate of the child tax credit that was expanded in the March coronavirus relief law (PL 117-2). The expansion, which is set to expire at the end of the year, allows for advanced monthly payments of the credit resulting in annual totals of $3,000 per child, or $3,600 for children under 6 years old.

House Democrats had proposed extending the expanded credit through 2025 at a cost of $556 billion, according to the JCT. To cut costs, the White House is now asking Democrats to consider a much shorter extension of one or two years.

"I'm fighting for it,” Neal said Wednesday when asked if the credit would be extended for longer than a year. “The White House knows where I am on it."

Rep. Rosa DeLauro, D-Conn., the architect of the monthly advanced payments, said doing only a one-year extension would be “a big mistake.”

While DeLauro suggested she’s open to adjusting the income thresholds at which the credit begins to phase out, others are pushing minimal to no changes in that area.

A comprehensive analysis of the upcoming legislative season from CQ Magazine with everything you need to know to ace your government affairs and advocacy strategy.

Manchin has said too many higher-income earners qualify for the expanded credit and is reportedly pushing to cap it around $60,000. He declined to comment Wednesday when asked if that’s still his position.

Rep. Steven Horsford, another Ways and Means member, said how long the credit is extended is less important than thwarting Manchin’s efforts to impose an “arbitrary” income threshold or add work requirements.

“The number of years, I’ll work that out, but right now I’ve got somebody on the other side who’s trying to put two very onerous provisions that will actually cause taxes to go up on middle-class families,” the Nevada Democrat said. “I told the chairman, it’s a do or die.”

Democrats who met with Biden at the White House Tuesday left with the impression that funding for two free years of community college was out. But Speaker Nancy Pelosi pushed back on that notion Wednesday, saying, "That's not a decision."

Rep. Andy Levin, D-Mich., said he is working on building a coalition of members to fight for keeping the community college proposal in the package.

“It's such an important investment,” he said, noting it benefits students as well as employers looking for a trained workforce. “So I’m very worried about it.”

Paid family and medical leave is another policy in flux. There’s been some discussion about cutting the 12 weeks of benefits to four, but many lawmakers are fighting back.

“It makes no sense to anyone who's been pregnant,” Rep. Ro Khanna said. The California Democrat, who participated in a White House meeting with progressives Tuesday, said they’re pushing to keep it at 12 weeks but are willing to trim the number of years the program is available instead.

Gomez agreed four weeks is “way too low” but suggested a compromise could fall below 12 weeks as long as it retained the Ways and Means benefit structure of replacing up to 85 percent of an employee's wages.

“Wage replacement when it comes to paid family leave is probably more critical than anything else,” he said. “Because if you can't afford to use the program, then you might as well not have it.”

The best analysis of the budget and appropriations cycle

Stay on top of the latest developments and navigate every step in the budgeting process and how it intersects with your priorities with CQ Roll Call. 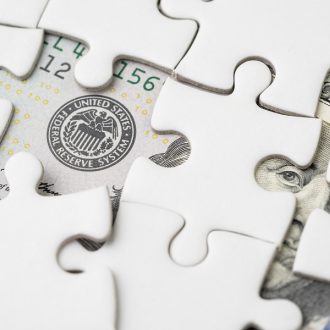 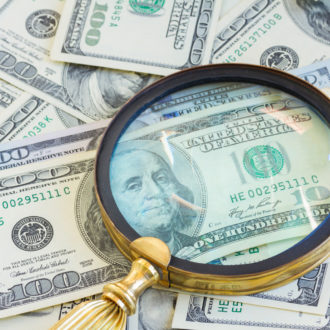 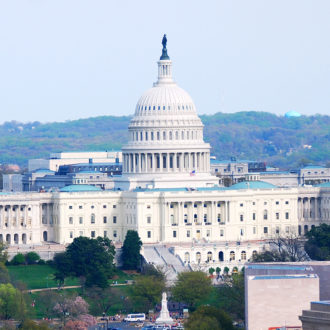 On-Demand: Appropriations 2021—Where Do We Go From Here