When it comes to 2020, the presidential election might garner the most attention, but in multiple states there will also be other ballot measures for voters to decide upon. Read on to see the 100+ likely ones to top that list.

As of mid-September, there were 28 proposed constitutional amendments approved to be on 2020 ballots in 14 states. Those included five in Alabama, four in Utah, and three each in Arkansas and California.

By this time next year, there are likely to be three to four times as many.

Sponsors of citizen-initiated petition efforts are working to meet deadlines to qualify their prospective measures for the ballot and state lawmakers will vote to place proposed constitutional amendments before voters during 2020 sessions.

As of mid-September, there were more than 200 active petition efforts under way in 25 states, including 29 in Oregon, and more than 20 in Arizona, California, and Missouri.

Below is a roundup of notable approved and prospective ballot measures voters could see on their Nov. 3, 2020 ballots.

Election reform measures are among the most common proposals that could be presented to voters with 32 measures in 16 states – four already approved, 28 petitioning signatures for qualification – addressing an array of issues.

Possible “proportional representation” proposals in Mississippi and Missouri would ask voters to require state legislative districts to have "substantially equal population" and to keep counties and municipalities from being divided into different districts.

A proposed amendment that would incorporate in the state constitution the statement that “only a citizen” can vote has been approved for the Alabama ballot, and is vying to be presented to Colorado, Florida, and Maine voters.

Voters could see campaign financing-related proposals in Arizona, Missouri, and Massachusetts, where a prospective measure would limit out-of-state campaign contributions.

Four states – Alaska, California, Massachusetts, Missouri – could have “ranked-choice voting” measures, similar to the system adopted in Maine, on their 2020 ballots, while Floridians could see an “open primaries” proposal.

Tax-related proposals include a measure on California’s 2020 ballot that would tax commercial and industrial properties based on market value and dedicate the revenue to education and local services.

Illinois voters will see a proposal to enact a graduated income tax, which has been prohibited in the state since 1970.

Arizona and Oregon voters may see measures seeking to eliminate property taxes on primary residential property of persons 65 years of age or older.

Missouri initiatives would ask voters to prohibit all taxes on personal property and approve a capital gains tax for solar and wind energy projects.

A prospective proposal in Nebraska would provide an income tax credit of 35 percent for property taxes, replacing the federal tax credit that was eliminated by the Tax Cuts and Jobs Act [TCJA] of 2017.

Oregon voters may see measures to raise the state’s corporate income tax and a proposed ’Corporate Activity Tax for Education Funding Referendum’ that would overturn provisions of the Student Success Act and levy a 0.57 percent tax on businesses with more than a $1 million in sales in the state.

Also petitioning signatures for a place on Oregon’s 2020 ballot is a preemption bill that would prohibit local governments from levying sales taxes on items such as groceries, and a ‘Businesses Charged for Public Assistance to Employees Initiative’ that would charge businesses “an amount equal to public assistance provided to the employees of the business.”

Among a half-dozen measures, Washingtonians could see are proposals to require tax increases to expire after one year unless approved by voters; to prohibit state or local sales tax rates from increasing “higher than the rates are on the effective date of the measure;” to prohibit the state's estate tax from being imposed on those who die on or after Dec. 3, 2020; and to create a capital gains tax to fund education.

There are at least 20 prospective ballot measures in nine states related to marijuana that could be on 2020 ballots, including:

At least 13 prospective measures in eight states — three in Arizona, three in Florida, two in South Dakota, New Jersey, Arkansas, Mississippi, Missouri, Nebraska – that would ask voters to legalize recreational use of marijuana for adults could be on 2020 ballots.

Most notable, and likely, is New Jersey, where state lawmakers opted not to vote on a bill to legalize recreational marijuana but to place the proposal before voters.

A prospective Arizona measure seeks to legalize all drugs, while an Oregon ‘Psilocybin Program Initiative’ would reduce criminal penalties for possession and manufacture.

Voters in Arkansas, Colorado, and Wyoming will be presented with ballot measures to fund infrastructure projects.

The Arkansas proposal would raise the state’s sales tax by a half-cent for road projects, while the Colorado measure would authorize a $1.837 billion bond for roads.

Wyoming’s Constitutional Amendment A would remove the constitutional limit on local indebtedness to build sewage systems.

Louisiana will see a proposed "No Right to Abortion" constitutional amendment on its 2020 ballot.

In Vermont, the prospective Proposition 5 would incorporate “personal reproductive autonomy” as a state constitutional right.

Voters in three states – Florida, Oklahoma, Missouri – could see proposals to expand Medicaid under the Affordable Care Act on their 2020 ballots.

In Florida, sponsors of a citizen-driven petition effort withdrew their proposal for possible placement on the 2022 ballot, but Sen. Annette Taddeo has pre-filed a bill asking legislators to put the proposed measure on the 2020 ballot.

Washington voters may see a measure that creates the Whole Washington Health Trust, which would ensure all state residents can enroll in nonprofit health insurance coverage “providing an essential set of health benefits" funded through premiums, and taxes on employers, wages, and capital gains.

At least nine prospective firearms-related measures could make the 2020 ballot in six states, including proposed “assault weapon” bans in Florida and Oregon, and a universal background check constitutional amendment in Ohio.

Voters in Massachusetts and Oregon could be asked to approve measures imposing secure storage standards on gun-owners.

As opposed to gun control measures, proponents are seeking to get measures that expand or confirm gun rights in three states.

Permit-less open-carry proposals could be presented to voters in Oklahoma and Washington, while in Oregon, a measure to affirm the constitutional right to own a semiautomatic firearm is seeking space on the 2020 ballot, perhaps alongside the prospective “assault weapons” ban.

Voters in two states could see proposed constitutional amendments seeking to raise their state’s minimum wage on the 2020 ballot – to $15 an hour in Florida by 2024, and to $12 an hour in Idaho by 2024.

In Arizona, a prospective ballot measure would enact a minimum wage standard for hospital workers, while in Missouri voters could see a proposal to prohibit state preemption of local minimum wage ordinances.

At least 10 possible ballot measures addressing environmental issues could be presented to voters in six states in 2020, including “carbon tax initiatives” in Oregon and Utah.

The prospective measure in Oregon would direct the Legislature to create a carbon tax on large businesses while decreasing the state gas tax from 34 cents per gallon to 18 cents per gallon.

Arizona voters could see measures that would impose restrictions of agricultural chemicals and a ban on fracking.

In Ohio, a prospective ballot measure would ask voters to overturn House Bill 6 and restore surcharges for nuclear and coal-generated energy and subsidies for solar energy.

Missouri voters, meanwhile, could be asked to approve a capital gains tax for solar and wind energy projects.

Oregon voters may also see a ‘Forest Waters Initiative,’ which would prohibit clearcut logging and limit aerial spraying of pesticides on forestland managed by the state.

Apparently, slavery is not officially banned in all state statutes.

And so, Nebraska and Utah voters will be asked to clean obsolete language from state statutes, specifically to remove slavery as a punishment for specific crimes.

Get the schedules for all 50 state legislatures and D.C. 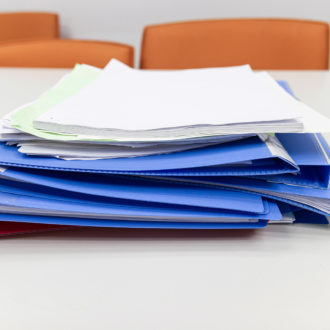 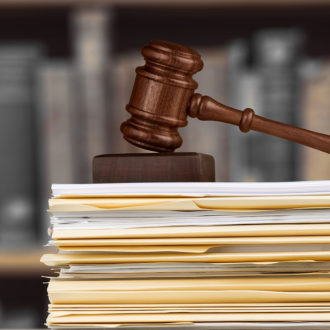