They did it by asking their employees in one local hospital to write to the county officials.

And they needed less than 100 employees to take action. Over one weekend.

The result? They got an important local county vote in Albany, New York changed. Plus, their campaign was so effective it got mentioned by one of the legislators at the public hearing.

Creating an advocacy campaign has never been faster.

How they did it

Trinity Health, one of the largest Catholic health systems in the country has 92 ministries in 22 states. Their operations include hospitals, long-term care facilities, nursing homes, and senior living communities.

At local level they’ve been actively campaigning on two big health-related initiatives. One is obesity and the other is Tobacco 21 – the move to increase the buying age of tobacco-related products from 18 to 21.

“Simply put, it means we’re working to enact legislation in every local community across the country, banning tobacco companies from selling tobacco products to anyone under the age of 21,” says Stephanie Armstrong-Helton, who leads communications & grassroots advocacy at Trinity Health.

One such county was Albany, New York, where the local grassroots initiative was eager to campaign for the implementation of Tobacco 21. To do that they had to influence the local county legislators who were planning on voting on the initiative in early May 2016.

“Most of these campaigns generally bubble up through the grassroots efforts of community activists; and, in this case, it was in collaboration with the American Heart Association and the American Lung Association, and with our ministry in Albany,” says Armstrong-Helton.

Using FiscalNote Advocacy, Trinity Health was able to identify all of the 30 or so county-level legislators in Albany who would be voting on the initiative, so they could target them with their advocacy campaign.

Though they had made extensive progress, the local Albany grassroots coalition decided to push out an advocacy email campaign when they determined the proposal had lost favor and momentum, and would probably not be realized.

“So, through this grassroots groundswell and work within the community, they came to us and asked to activate an eAdvocacy campaign for the county,” says Armstrong-Helton. “We worked with the leaders at our Albany ministries, and with our collaborators, so that the messaging was succinct and in line with the goals of the campaign.”

But by now time was running out. The local county legislature was due to vote on the proposal on Monday, May 9, and this was already Friday, May 6.

To quickly drum up support for the initiative, the coalition engaged St. Peter’s Health Partners’ employees. First, they composed an email to all the employees who lived in Albany County, asking them to participate in the advocacy email campaign.

The subject line specified what needed to be done, the urgency of the matter, and had three hyperlinked calls to action throughout. It also came from the VP of Mission Services at the center, rather than from the advocacy team at Trinity Health’s national headquarters.

“We finalized the email on a Friday evening before the county was going to vote on it the following Monday,” says Armstrong-Helton.

The email was sent out on Saturday morning, May 7, to capture the weekend employees, and then again as a reminder on Monday, the morning before the vote.

A total of 90 advocates participated, which resulted in almost 3,000 letters in as little as 48 hours.

“Each advocate sent out letters to all 30 legislators with one click of a mouse,” says Armstrong-Helton of the campaign run through the FiscalNote Advocacy platform.

“Even our federal-level advocacy campaigns that we’ve sent out to employees across all our ministries didn’t have such a good response rate,” says Armstrong-Helton.

Not only did the effort breathe new life into the proposal but the eAdvocacy engagement was credited with pushing the legislation to the point that it received a veto-proof margin.

The campaign also made the county legislators—not used to getting so much advocacy correspondence—sit up and take notice. Each had received ten letters before the campaign’s end, a significant amount for local-level lawmakers.

“One of the legislators actually mentioned during the public hearing phase that they’d received several letters,” says Armstrong-Helton.

The vote to increase the buying age of tobacco from 18 to 21 overwhelmingly passed in Albany.

“We made it work in two days,” says Armstrong-Helton.

Trinity Health is working to push through similar legislation in multiple ministries across the country, including in Ann Arbor, Michigan, Boise, Idaho, and several other locations.

For the Tobacco 21 campaign, they’re taking a strategic grassroots approach at state, city, and county level, where local lawmakers get to decide the buying age for services and products.

“We’re seeing a lot of fervent activity at the state and county level mostly, but in some cases in the cities too,” says Armstrong-Helton.

“We’re focusing on the states where we actually have ministries. Our overall goal would be that Tobacco 21 is enacted across the country. This is not something that’s likely to go to a federal level, although it does get federal level interest.”

Trinity Health has also had major campaigns in New Jersey, Michigan, and Illinois with the city of Chicago, implementing a Tobacco 21 law within the city limits.

After the University of Michigan passed Tobacco 21 on its campuses, Trinity Health supported St. Joseph Mercy Hospital, Ann Arbor, with another eAdvocacy campaign to pass a citywide ordinance – banning the sale of tobacco to those under age 21 – within the city limits in August 2016.

In New Jersey, the legislation got all the way past both houses before being pocket vetoed by Governor Chris Christie.

Stemming from their ministries in those communities, and publicly supported by their national entity, Trinity Health’s drilled down grassroots approach is working – one local legislature at a time.

“Driving engagement at the local level, in the same way, can be a challenge,” says Armstrong-Helton of the national policy approach. “But, through our ministries in those communities, we get access to that grassroots level of support.”

At the national level, Trinity Health has a robust advocacy opt-in program called Take Action Advocates, totaling nearly 5, 000 advocates that they call upon for federal issues.

But for initiatives like Tobacco 21 they’ve recognized that generating change at the local level depends on using grassroots in the neighborhood.

“It’s a long slog. But we have several ministries across the country and we’re developing a best-practice approach for success along the way.” 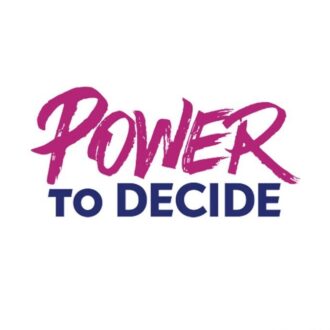 From Local to State, This Association Trusts FiscalNote Solutions to Succeed