President Joe Biden and Congressional Democrats have set about restoring the regulatory environment that existed before President Donald Trump arrived in the White House in January 2017. But getting approval for a robust slate of new regulations necessary to achieve Biden’s legislative initiatives — namely his proposed $2.3 trillion infrastructure plan — will be a difficult sell in Congress and unlikely to survive inevitable judicial challenges intact.

In January, President Biden ordered a freeze in the federal rule-making process, which the new administration intends to revise, and asked federal agencies not to issue any new rules for 60 days in the Federal Register. By early April, the first new rules to be proposed by agencies under the Biden administration began to emerge, and in Congress, Democrats submitted resolutions to undo six Trump-era regulatory actions via a seldom-used provision that fast-tracks regulatory repeals through simple majority votes in the House and Senate.

This signals the start of an anticipated surge in federal regulatory activity that will influence state regulatory regimens by virtue of the federal pandemic assistance provided through the $2.3 trillion “American Rescue Plan” and those likely to come if the $3-$4 billion “Build Back Better” infrastructure plan is adopted, which could usher in entire new realms of rule-making and regulatory authority.

Hours after his inauguration, Biden set his regulatory agenda in motion with a series of executive actions on issues ranging from COVID-19 response to racial equity and immigration to public land use. Among them were three orders establishing the new administration’s regulatory policy:

The modernization directive affirms regulatory policy set forth in President Clinton’s 1993 Executive Order 12866 and President Obama’s 13563, which requires agencies to put regulatory proposals through cost-benefit analysis and an OIRA regulatory review of draft agency rules, and restores a broader consideration benefits of regulations de-prioritized under the Trump administration.

The memo’s emphasis on centralized regulatory review — and an increased role for the OIRA — indicates the Biden administration’s regulatory policy will not merely reestablish the pre-Trump status quo but seek to redefine how the regulatory process “maximizes net benefits” at a societal level. This could have significant impacts on state agencies’ policies that do not include such things as social welfare, racial justice, and human dignity in regulatory reviews.

Without direct legislation adopted by lawmakers, it’s only possible to reverse federal rules with a court decision or through the rule-making process, which can often take years.

But under seldom-used provisions of the 1996 Congressional Review Act (CRA), however, Congress can quickly overturn a rule through fast-track simple majority votes in the House and Senate — lower than the 60-vote threshold needed to pass most legislation in the Senate. In taking the Senate majority in November’s elections, Democrats over the next two years can use this tool, although the CRA has key limitations.

The CRA only applies to rules finalized in the previous 60 congressional session days and, when used to reverse a rule, it precludes future rule changes deemed “substantially the same” as a previously overturned rule. Since the CRA was implemented in 1996, only 17 of more than 90,000 rules adopted by the federal government have been reversed under the provision.

On April 4, however, Democrats filed six CRA resolutions aiming to repeal Trump-era agency rules issued after August 21, 2020, including a September Environmental Protection Agency (EPA) rule that did away with the Obama administration’s methane standards.

Using the CRA could accelerate the elimination of rules not only from existing regulations but from being reinstalled without direct legislative intervention — a potentially significant evolution in regulatory policy.

A provision in the $2.3 trillion American Rescue Plan stipulates that states and local governments cannot use the $350 billion in pandemic assistance they will receive to “either directly or indirectly offset a reduction in the net tax revenue” by passing tax cuts through 2024.

The restriction has been challenged by 21 Republican state attorneys general as regulatory overreach and an example of federal “economic dragooning” deemed unconstitutional in the 2012 Supreme Court ruling. Among the fallouts being cited by state lawmakers is the “direct or indirect” language could potentially prohibit them from establishing education tax credit scholarship programs, freezing approved increases in unemployment insurance rates, or waiving state taxes on forgiven Payroll Protection Program loans.

Stay on Top of the Regulations that Matter

Here's how FiscalNote can help you stay one step ahead of tracking, responding to, and influencing the regulations that impact your organization most.

The new Congress is certain to target Trump’s restrictions on the EPA’s ability to consider the benefits of regulating air pollutants; the use of scientific research in justifying public health rules; and the repeal of energy efficiency standards for showers, washing machines, and other bathroom fixtures.

The House has passed the Protecting the Right to Organize Act (PRO) Act, which, among other things, would expand the "joint employer" doctrine making it easier to unionize hundreds of thousands of small, franchised businesses by deeming franchisors "joint employers" of their franchisees’ employees.

This could have significant ramifications in “right to work” states that have adopted “union-busting” regulations such as “opt-in” clauses that have imposed obstacles for collective bargaining organizations.

Biden and Congress will also restore record-keeping requirements for workplace injuries and illnesses that were eliminated under Trump. The Department of Labor has already moved to expand the "joint employer" definition.

Among the Trump-era orders reversed are an order revoking the federal coal moratorium; the “American Energy Independence” order that directed a review of the agency’s actions and regulations on energy development; an order to “streamline” the National Environmental Policy Act review process; an order that directed a new Outer Continental Shelf energy leasing program; and an order to “support and improve” quarterly oil and gas lease sales.

After the most recent spate of mass shootings across the country, Biden issued two directives: one ordering a 60-day review of homemade, unregistered “ghost guns;” and another outlawing arm braces used to turn pistols into short-barreled rifles. The president has also called on Congress to adopt new gun safety laws and regulations.

State lawmakers in Missouri and South Carolina, among others, are considering symbolically defiant bills that would make all citizens members of “unorganized militias” who could be called upon by the governor in an emergency and, therefore, exempt from federal firearms laws.

Some Idaho lawmakers want to go a step further. Under a proposed House bill, state legislators could veto federal actions if they consider them to be beyond the scope of federal authority.

The rule mandates lenders, insurers, governments, and others covered by the 1968 Fair Housing Act to analyze their policies and eliminate those that disproportionately hurt certain groups without justification. The reinstatement of the fair housing reviews comes as Biden has proposed his $3-$4 billion “Build Back Better” infrastructure plan that earmarks billions for state and local affordable housing programs.

Regulating land use and zoning is largely a function of local government but under Biden's proposed infrastructure plan, grants and tax credits would incentivize the incorporation, or “backfill,” of smaller lots and six-unit apartment complexes in areas traditionally zoned for single-family homes. The provision is a federal regulatory attempt to discourage local governments from expanding “exclusionary zoning” — single-family homes in large-lot subdivisions — and spur affordable housing development of apartment buildings and multifamily units.

On April 14, the Department of Health & Human Services (DHSS) proposed a rule that would undo a Trump-era ban on clinics referring women for abortions. The proposed rule follows through on Biden's campaign promise to reverse Trump’s 2019 “gag rule,” but rather than do so immediately by executive order, the administration will do so through the months-long rule-making process to better its odds of surviving legal challenges. DHSS’s proposed rule reversal will restore the program to how it ran under President Barack Obama when clinics were able to refer women seeking abortions to a provider.

The U.S. Food & Drug Administration (FDA) rescinded Trump-imposed rules that required women to visit a doctor's office to get a prescription for an abortion pill during the rest of the pandemic, drawing criticism from Republican lawmakers in some states that the federal rule-change undermines state prescription drug regulations.

The Biden administration has reinstated the Consumer Financial Protection Bureau’s ability to impose monetary penalties, expanding the Equal Credit Opportunity Act. It also reinforced the SEC’s ability to investigate and subpoena companies and individuals for investigation.

The Biden administration is expected to enhance requirements on disclosure, reporting, and transparency in how brokers handle stock orders and automated trading, raise the corporate tax rate from 21 to 28 percent, and add a 15 percent minimum tax for corporations with over $100 million in profits.

During the last push for increased regulation of financial institutions in the wake of the 2007 housing market crash, financial technology (FinTech) was not a focus and emerging cyber currencies didn’t exist. This will be a source of new rule-making and regulation not only at the federal level but also in state capitols.

Download our 2020 Regulatory Report for a deep dive on individual and organizational commenting patterns from the past decade.

Federal agencies are authorized by "enabling legislation" to promulgate regulations through a rule-making process governed under the Administrative Procedure Act (APA). The APA generally requires publication of proposed rules in a notice of proposed rulemaking (NPRM) and stipulates a period for citizen comments at Regulations.gov, schedules public hearings prior to adoption, and publication of the final rule in the Federal Register.

The Code of Federal Regulations (CFR) is the codification of the general and permanent regulations published in the Federal Register by federal executive departments and agencies. The CFR is divided into 50 titles that represent broad areas subject to federal regulation. While new federal regulations can be adopted and implemented any time, the CFR updates regulations in all 50 categories on a scheduled basis as such:

The CFR annual edition is published by the federal Office of the Federal Register and the Government Publishing Office. In addition to this annual edition, the CFR is published in an unofficial format online on the Electronic CFR website, which is updated daily. 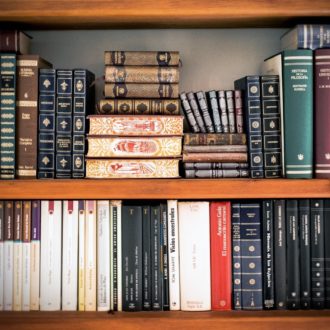 How FiscalNote Keeps You Informed of the Regulations that Matter 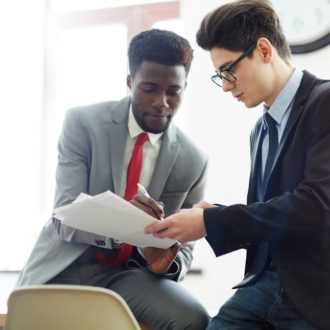 On-Demand: The State of Regulations 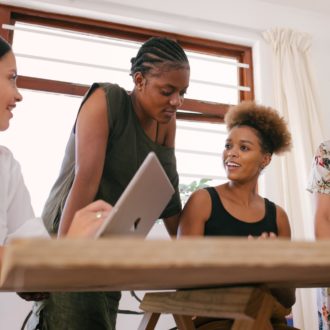