In 2021, 20 climate-related disasters cost American communities more than $1 billion in damages each, according to The White House. Soaring catastrophic losses led to the cost of insurance increasing by nearly 700 percent since the 1980s when adjusted for inflation, and it’s estimated that 66 percent of major global companies will have at least one asset under high physical risk in 2050, according to S&P Global.

These events not only caused devastating losses across the United States but also created a major financial burden for citizens and companies alike. With this in mind, the need to build climate resiliency is an increasingly necessary risk-mitigation measure.

Climate Resiliency at the Forefront

When President Biden signed the Infrastructure Investment and Jobs Act (IIJA) into law on November 15, 2021, climate resiliency moved from an afterthought to a national priority. The IIJA allocates more than $47 billion for the prevention and mitigation of the effects of climate change and disaster events on U.S. infrastructure. The IIJA represents “the largest investment in the resilience of physical and natural systems in American history,” according to the White House.

The largest portion of IIJA resiliency funding is allocated for flood mitigation and coastal resilience efforts, totaling $13 billion in infrastructure investment, disaster recovery funds, and Federal Emergency Management Agency (FEMA) assistance programs. This funding reflects the urgency that sea-level rise and storm events pose nationwide. According to the National Oceanic and Atmospheric Administration (NOAA), by 2050, moderate flooding is expected to occur more than 10 times as often as it does today and, based on FEMA estimates, up to 21.8 million people are exposed to 100-year floodplain projections.

While these federal appropriations are a significant first step toward bolstering the nation’s ability to withstand catastrophic events, state legislatures across the nation have recognized the need to take measures to improve the resiliency of their communities. At least 27 states have already enacted bills this session to improve infrastructure resiliency and provide for environmental remediation.

California, New York, and Minnesota have introduced the most legislation when compared to other U.S. states, and are focused on achieving resiliency objectives. A majority of state legislation has been aimed at bolstering flood preparation and coastal resiliency, which is in line with federal goals. Wildfire mitigation and cybersecurity are also top priorities for states, depending on their individual risk exposure.

Several states have enacted or are considering legislation that would make resiliency a key objective for state and local authorities. Maryland, Virginia, and Florida have all established “offices of resilience.” These offices aim to ensure the proper implementation of statewide flood and coastal resilience plans. Hawaii has established a task force for coordinating and optimizing the use of federal funds for climate resilience projects.

Preparedness at the Local Level

At the local level, municipalities have taken steps to build resiliency governance. For example, the town of Dewey Beach, Delaware recently approved an amendment to their local charter mandating the council to “consider measures to maintain resiliency in the face of our changing global climate.”

State governments must empower their local communities to respond to natural disasters. Several states including Florida, Georgia, and Iowa have identified flood mitigation as an “essential purpose” for counties and other jurisdictions. This can help ensure local budgets are planning and financing for flood risks.

To complement demands to improve resiliency, many states have implemented programs to improve municipality's access to financing. State legislatures plan to use the massive IIJA funding for these purposes. New York, Oklahoma, and New Hampshire all have passed bills designed to satisfy IIJA matching requirements for federal recovery and mitigation grants that aim to provide low-interest loans to municipalities and individuals for relevant resiliency projects. In Texas, the legislature has enacted several bills designed to provide financing directly to businesses affected by disasters, bypassing municipalities.

Despite this, the environmental cause of damage often stems from system failures beyond local governments’ control. Utility and electrical outages, such as the 2021 Texas Power Outage that left 4.5 million customers without heat, water, and electricity, made the need for resilient infrastructure all the more pressing to Americans. Across the country, power outages cost the U.S. economy between $28 billion to $169 billion annually, according to ASCE’s 2021 Report Card for America's Infrastructure. Several states have enacted bills to combat the risk of system failure by mandating system resiliency planning for utility companies.

Weather events are not the only threat to America’s energy infrastructure. Increasing global unrest and rapid digitization have left the United States’ electric grid vulnerable to adverse cyberattacks. Such events could lead to widespread, lengthy blackouts and a catastrophic loss of electricity, according to the US Senate Republican Policy Committee. The IIJA attempts to address this threat by allocating about $2.75 billion for cyber-resiliency programs.

While the federal government has the primary responsibility to protect the nation against cyberattacks, state and local governments can also play a key role. The IIJA allocates $1 billion for the State, Local, Tribal, and Territorial Grant Program to achieve this end. In addition to increased access to financing, several states introduced provisions to allow their governments to more effectively respond in the event of a cyber-event. Alaska is currently considering AK HB 3, which would declare a serious cyber incident that affects critical infrastructure constitutes a disaster.

Several states, including Washington, Illinois, and New Jersey, have created cybersecurity commissions and imposed cyber breach notification regulations on businesses to improve coordination in the face of cyberattacks. States such as Kansas, Montana, and Illinois have increased penalties for damage to critical infrastructure to deter crime.

While all Americans are vulnerable to the effects of climate change and cyberattacks, the levels of investment needed to build resiliency in communities can vary drastically, as the state of the community’s infrastructure often mirrors a legacy of institutional racism and a lack of investment in disadvantaged populations.

With the passage of the IIJA, many in the nation are considering how to use the billions of dollars of available funding to pursue justice at the community level. For instance, CA-AB 2419, if enacted, would require 40 percent of the funds received under the IIJA to provide direct benefits to disadvantaged communities.

Despite these federal goals to mitigate the risks of environmental-related disasters that could impact disadvantaged communities, not all legislation is following the Biden playbook. For example, Montana recently enacted a joint resolution urging support for the Keystone XL pipeline following a party-line vote. Concerns that the pipeline could impact vulnerable communities conflict with the risks resilient infrastructure seeks to avoid.

Staying on Top of the Changing Infrastructure Policy Landscape

Infrastructure resiliency is not just about the U.S. government updating roads and bridges, it’s also about providing every community with the tools necessary to actively address their unique challenges.

As the risks posed by the natural and cyber environments continue to evolve, legislation at the federal, state, and local levels will need to continue to adapt alongside it. Businesses will also need to stay on top of how state climate resiliency measures develop to ensure compliance, mitigate asset and financial risk, and encourage sustainable infrastructure measures.

FiscalNote’s solutions help government affairs and advocacy professionals keep track of policy, the latest news and analysis, and key stakeholders, plus mobilize supporters when it matters most with tools specifically tailored for them. 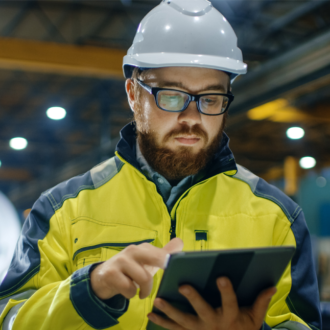 Staying on Top of Infrastructure Policy — Is Your Team Prepared? 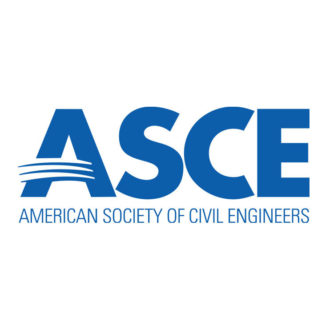 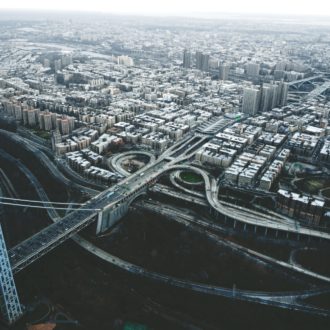 Infrastructure Policy Discussions at a Crossroad Across the US