Be it building widespread support for your issues or influencing a specific lawmaker, grassroots and grasstops strategies are important components of the advocacy toolkit. But when to leverage each of these strategies and when to combine them can be a delicate balance.

“Deciding on the advocacy tactics that you will utilize is rarely an either-or decision. It is about using the right tactic at the right time,” says Ashley Smith, associate director of grassroots advocacy at the ALS Association.

Read on to get a better understanding of the difference between grassroots and grasstops advocacy, as well as tips from the pros to help you build a successful strategy.

What is Grassroots Advocacy?

Grassroots advocacy means targeting your message to the group of on-the-ground supporters who make up your organizations’ membership or follower base. The aim of reaching this group is to create a rapid groundswell that has the potential to spread the word about your issues among themselves and other like-minded folks. Likewise, grassroots advocates are anyone who will take an action for you, donate to your cause, join your organization, volunteer, etc.

“There is a lot of noise in Washington, and it takes a lot to break through the barrier. Your grassroots network can help you do that through the sheer volume of emails and calls, but also by sharing their own personal stories,” says Lindsey Miller, manager of grassroots advocacy at the National Restaurant Association. “Lawmakers really do listen when their constituents make it clear what’s important to them. “

If your goal is to bring an issue in front of lawmakers and get them to take a particular stance for or against it, you’ve got to mobilize your grassroots advocates to take action. Some common activities you can achieve with grassroots advocacy are:

Trinity Health knows the importance of grassroots advocacy first hand. Using an advocacy email strategy, the health system was able to mobilize their local grassroots advocates to send 3,000 letters to local legislators in three days and change an important vote. “One of the legislators actually mentioned during the public hearing phase that they’d received several letters,” says Stephanie Armstrong-Helton, who leads communications and grassroots advocacy at Trinity Health. Read more on how the organization got legislation halted in 72 hours using just 90 advocates.

What is Grasstops Advocacy?

Your Guide to Building a Successful Grasstops Advocacy Strategy

Learn how to build a grasstops strategy, and read best practices you can include in your approach.

When your issue needs that personalized touch with a lawmaker, one of your members’ relationships could be a very important piece in the puzzle. Grasstops advocacy means mobilizing anyone within your supporter base who has a relationship with or can bring extra influence to the people that can change policy, public perception, or anything else for you. Grasstops advocates could include your organization's leadership, board members, well-connected volunteers or donors, etc.  Some of your more intense grassroots advocates tend to become grasstops as they build networks and get more involved with your issues.

“We use grasstops when we want to take a very surgical and precise approach to the legislators and have a very personal touch to our outreach,” says Bethany Dame, assistant vice president, political engagement and grassroots at the American Property Casualty Insurance Association.

Some common actions you can achieve with grasstops advocacy are leveraging:

The Arthritis Foundation's strong grasstops program of “ambassadors” is an important part of its overall advocacy strategy and provides a great example. “Our ambassadors are people who take action outside of the regular Action Center,” says Julie Eller, director of patient-centered strategies at the Arthritis Foundation. “We prepare guides for them, give them the opportunity to draft letters, and help them communicate directly with legislative assistants to develop a personal relationship.”

Out of its 55,000-60,000 active grassroots advocates, the Arthritis Foundation has about 1,200 grasstops “ambassadors” enlisted. “We were able to identify them through our advocacy engagement ladder. We tag them, and do some recruitment of that list, especially for those who live in and around state capitols, to turn them into a grasstops ambassador. That way, if we need someone to go meet with a legislator, or go to the statehouse, we have a shortlist,” Eller says. Read more about the Arthritis Foundation’s winning advocacy strategy.

Should You Use Grassroots or Grasstops Advocacy?

“Grassroots are more to get big visibility about an issue, cover a lot of ground,” says Jeanne Slade, director of political affairs at the American College of Emergency Physicians. Grassroots works great for educating lawmakers about a new issue and showing strength in numbers. It’s also very helpful to show lawmakers there’s support from their districts. “Let's say there's a bill that suddenly was introduced, and we want to get more co-sponsors, so we would do a grassroots alert, a broader call to action to our membership so that we could cover a lot of bipartisan ground,” Slade adds.

Grasstops, on the other hand, will work best for more targeted approaches. Grasstops advocacy strategies take longer to ramp up because you have to train those highly motivated advocates to be well educated on your issues and how to communicate with lawmakers effectively.

“Grasstops can be more effective when you are reaching a critical point in the process — not necessarily in the early stages of an issue. When a bill reaches a hearing or a markup in a specific committee, employing your grasstops can be especially relevant. We find grasstops are more effective in nuanced situations and through meetings, fly-ins, and targeted outreach,” Slade says.

How to Combine Grassroots and Grasstops Strategies

The most effective advocacy campaigns combine grasstops and grassroots advocacy strategies to create a “surround-sound approach,” says Dame. In some cases, they can complement each other. For example, in 2020, the National Retail Federation (NRF) was able to combine the strength of its grassroots advocates with the backing from its grasstops advocates to protect the retail industry and help secure much-needed pandemic relief.

Get the inside scoop from the pros who have spent decades as staffers on the Hill getting approached about everything and anything – or who have had to spend their careers doing the approaching.

“We generated more than 42,000 messages to Congress last year on COVID-19 relief and we were able to mobilize around 20,000 advocates,” says Meghan Cruz, director of grassroots at NRF. Additionally, the organization tapped its grasstops retail association partners in states where they had key lawmakers for their legislative priorities and hosted store tours, town halls, and fireside chats between lead lawmakers and C-level retail industry executives. “That was a great opportunity to have really high-level conversations with influential lawmakers that we were able to provide for our C-level members,” Cruz says.

In other cases, when mixing grassroots and grasstops advocacy strategies, one can come in handy if the other fails. The United Negro College Fund (UNCF) is a perfect example of this.

“The bill needed to be signed into law to allow our institutions continued access to mandatory funding,” says Emmanual A. Guillory, director of public policy and government affairs for UNCF. “After trying to ensure the bill’s passage behind closed doors on the Hill and receiving pushback, I knew that we needed to do more to move the needle and that is when I proposed we launch our first grassroots campaign.”

UNCF’s grassroots advocacy strategy resulted in more than 5,000 letters and phone calls to lawmakers in support of the FUTURE Act, culminating in securing $85 million for historically black colleges and universities (HBCUs) in perpetuity.

You need to launch a campaign, fight legislation and regulations, and rally supporters and stakeholders... sometimes in minutes. Here's how!

As with any strategy, there are some pitfalls to navigate around with each strategy. Here are common ones to consider and tips to avoid them.

Be very sensitive to how much you ask of your advocates. “One thing we’ve felt over the last twelve months is advocate fatigue,” says Miller. “For the restaurant industry, our advocates aren’t solely focused on federal legislation. They’re fighting battles on the state and local level too, and it can be hard to be engaged on all the issues that will impact their livelihoods.”

Pro tip: Segment your messages to advocates using an advocacy tool. While they all share a common interest in your organization and your issues, people will have different reasons for taking action. The segmenting tools in VoterVoice allow you to target advocates who have clicked, opened, and taken action (or not) on a particular campaign, or even by location to refine the messages you send and reduce fatigue. Read how NRF increased engagement using advocate segmentation.

While mobilizing your grassroots advocates to send emails and letter en masse to legislators is an effective way to show strength in numbers, if all the letters look exactly the same, your campaign won’t have the same impact as if your advocates share a personal story explaining why this is important to them as constituents.

“With grassroots, you run the risk of being considered a form-letter campaign and not considered as seriously if you don't have your advocates customize their messages,” says Dame.

Pro tip: Using an advocacy tool like VoterVoice, will allow you to make it easy for your advocates to take action while giving them the opportunity to personalize their message to legislators. You can invite them to tell a personal story or to share details about how their lives have been impacted by an issue. Through encouraging custom messages, VoterVoice empowers your advocates to make their response to their government more personal and impactful.

“A pitfall of grassroots and grasstops strategies is activating advocates in an inauthentic way,” says Smith. “Ensuring that the advocates are a good match for a specific tactic based on their level of engagement is important.”

Get the insight, as well as the tools and tactics you’ll need from those who’ve gone before, to knock your next campaign out of the park.

Pro tip: Easily identify the right advocates for the job with an advocacy tool. VoterVoice’s reporting capabilities provide real-time insights into how your campaigns are performing, not just when it comes to engagement with the messages you send, but when you want to know how those messages have compelled advocates to take substantive action — to email their representative or call their office. It goes beyond click-through and open rates to deliver information on the actions that matter most and allow you to identify those highly engaged advocates.

Preparing for a grasstops advocacy strategy takes time and training is key. It’s not enough to identify who your grasstops advocates are, you need to make sure they are educated and prepared to communicate with legislators.

"If you are starting or managing a grasstops program, part of your strategy should be making sure your advocates are well educated on your policy goals, and that you provide training,” says Slade. "Easily accessible tools like one-pagers, webinars, and a communication platform or online advocacy center (like VoterVoice) are critical when you want them to communicate on your organization’s behalf."

Pro tip: VoterVoice’s award-winning customer service team is always ready with all the resources you need to build a successful strategy and train your grasstops advocates for the most effective outreach.

Manage Your Grassroots and Grasstops Advocacy Strategy with FiscalNote

FiscalNote’s advocacy solutions are built for advocacy professionals like yourself to help you manage and mobilize your supporters, quickly and easily reach lawmakers in multiple ways, find new advocates, and show your organization the bottom-line value of your work.

Learn how FiscalNote's Advocacy Solutions can help you promote action to affect bills and regulations, as well as assess your impact and drive results. 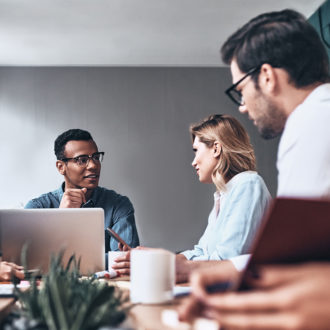 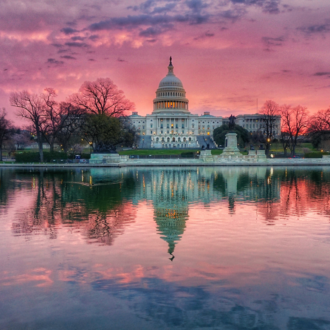 On-Demand: The Digital Transformation of Advocacy and Lobbying Fall 2022 Legislative Preview: What Issues Will Congress Take Up?