Following May's elections, the new political order that will take the European Union into the next decade will face numerous issues. Several of which barely existed a even five years ago. Read on to see how these seven issues at the forefront of policy-making minds, potentially impacting legislation and regulations.

Among the top issues they will face:

The dire impacts of what an abrupt no-deal ‘Brexit’ would possibly mean in the United Kingdom have been well documented: Food shortages. Trade paralysis. More than $17 billion in new costs for business.

EU Legislation and Regulations: How to Track It and Why You Need To

Watching the happenings of 28 member states and a central parliament takes time, effort, and tools.

The ramifications for the EU will also be dramatic, including a budget shortfall in anticipated revenues until a new seven-year budget is crafted in 2021. The loss of the third-largest economy in the bloc will likely result in smaller budgets with less resources moving forward, unless members agree to pay more.

A no-deal Brexit would create immediate trade obstacles between the UK and EU, which has an 80 billion Euro trade surplus with Britain. Germany would be particularly affected because the UK is the largest export market for German-made cars; $20 billion in 2017.

Without the UK, the EU will have to contend with the “America First” trade tactics of U.S. President Donald Trump and compete with China’s expansionist policies.

In foreign policy, the UK’s departure means the EU will lose one of two permanent seats on the United Nations Security Council and would require some type of “backstop solution” to ensure the absence of a hard border between Northern Ireland and Ireland.

A no-deal Brexit would not directly impact defense policy because the UK will remain a member of NATO, but as a significant European military power, it is expected to maintain significant third-party participation in EU security initiatives.

The new European Parliament will be monitoring the implementation of several significant 2018 counterterrorism measures and is expected to adopt at least two initiatives to combat cybercrime in 2019.

The Combating Terrorism Directive establishes definitions and sanctions for terrorist activities, adding “incitement to terrorism online” and cyber-attacks to its definition of terrorist offenses. It also creates a legal framework for prosecuting “cyberterrorism.”

MEPs are expected to adopt two cybercrime bills this year, one that updates EU’s fraud and counterfeiting laws to include “non-cash means of payment,” and another that strengthens the cybersecurity role of the EU Network and Information Security (ENISA) Agency.

The ENISA proposal would establish a cybersecurity network to streamline cooperation in combating digital organized crime by expanding cross-border access to financial data and electronic evidence to investigate criminal and terrorist activity.

The proposed e-evidence regulation will allow judicial authorities to request access to data held by service providers in another EU state beyond “traditional judicial cooperation channels,” a measure expected to be vigorously debated.

3. Trade Impact with the US

As the U.S.-China trade rivalry grows more combative, the EU has attempted to navigate “middle of the road” positions. That may become more difficult in 2019, particularly since President Donald Trump has expressed overt disdain for international affiliations, has called the EU an economic enemy, and recently downgraded its US delegation without notice.

Nevertheless, one of the EU's 2019 priorities is to calm EU-US tensions by securing a trade pact to eliminate 2018 U.S. tariffs imposed on industrial goods – primarily aluminum and steel imports – without further tit-for-tat exchanges.

In January, the EU threatened to slap tariffs on $22.7 billion worth of US goods should Trump follow through on a threat to impose duties on EU cars and auto parts. The escalation in rhetoric was tempered by a 90-day truce through March, and a pause to renew trade talks.

The EU had about a $170 billion trade surplus with the US in 2018. If the US was to target EU products, its farm subsidies and financial markets could be vulnerable.

Dealing directly with the Trump Administration is the only option because US trade policy “privileges the unilateral enforcement” of its trade laws over World Trade Organization (WTO) rules, not because of its disputes with the EU, but because they are ineffective in dealing with China.

Another EU trade priority in 2019 is securing a free trade agreement with Japan.

German Chancellor Angela Merkel said last June during a European Council meeting in Brussels that how the EU and member states handle migration “could end up determining Europe's destiny.”

The statement was a sharp departure for Merkel, whose so-called “open-door” immigration policy is often cited among the reasons why Europe was unprepared for a refugee wave that caused significant social and political upheaval that peaked after the 2014 EU Parliament elections.

It was also a victory for the “Fortress Europe” immigration policy fostered by populist movements in Poland, Hungary, the Czech Republic and Austria, that joined with Spain, Italy and Greece in demanding border protections. It also arguably contributed to the passing of the Brexit referendum in the UK.

Between 2013 and 2016, more than 1.8 million “irregular migrants” – mostly from the Middle East and Africa – generated the biggest influx of refugees in Europe since World War II.

The crisis was particularly acute in Spain, Italy and Greece, “frontline” southern states that absorbed most of the refugees fleeing the Syrian Civil War and other conflicts on the other side of the Mediterranean Sea.

Although numbers have declined and some measures have been taken – the EU’s 2016 deal with Turkey, border fences in the Balkans, a 2017 arrangement between Italy and Libya, a beefed-up border force of 10,000, return deals with African states and planned establishments of North Africa “hotspot camps” – leaders and citizens in many member states say the EU urgently needs to overhaul its asylum and immigration rules.

Migration remains a divisive, political issue in Europe. It was the primary impetus for the UK’s ‘Brexit’ vote, has spurred the rise of populism across the continent, and was identified by European Commission President Jean-Claude Juncker as the leading concern in his 2018 State of the Union Address.

Among cited groups are Strontium, Fancy Bear, Pawn Storm, Sednit and Sofacy, all known for hacking the Democratic National Committee during the US 2016 presidential election, trying to influence the 2016 ‘Brexit’ referendum – activating 3,800 fake “pro-Leave” Twitter accounts the day of the vote – and disinformation attacks during the 2017 French and German presidential elections.

The revelations are not unexpected. A soft strategy – political, economic, diplomatic, intelligence, military – to undermine European governments, the EU and NATO is believed to have been in place for more than a decade.

The EU has deployed graduated sanctions against Russia since its 2014 annexation of Crimea and is expected to work with member states to coordinate a concerted response to Putin’s provocations.

The scenario is complicated by the pending abandonment of the 1987 Intermediate-Range Nuclear Forces treaty between the US and Russia that potentially places a risk to millions of Europeans and raises the specter of the Cold War Era.

Also, President Trump’s continued approach to the NATO alliance that bonded the US to European security and proved to be a deterrent against Soviet aggression –is a wildcard in how the EU, NATO and members states coordinate in responding to Russia.

European Parliament candidates, ideally, have a supranational agenda and voters, ideally, cast ballots for MEPs based on positions on EU issues. That has not been the trend the last decade with more MEPs joining Parliament with domestic agendas in support of, or opposition to, their national governments.

Increasingly, anti-EU rhetoric – “Euroskeptism” – has become an issue in European national elections. It will likely be a factor in May’s European Parliament results, as it was in 2014, as mostly rightwing populist candidates actively campaign on platforms that are anti-EU.

The populist movement has increased its influence in four European political groups within the European Parliament:

— Poland’s Law and Justice group, a right-wing, Catholic organization that is the first party to control Poland’s Parliament since the fall of communism, has growing influence within the European Conservatives and Reformists (ECR) group.

— Italy’s dominant anti-establishment 5-Star Movement and far-right League parties, which formed a Euroskeptic coalition in forming Italy’s ruling government, are dominant within the Europe of Freedom and Democracy (EFD) party.

— France’s National Rally, formerly known as the National Front, a right-wing nationalist party led by Marine Le Pen, which opposes EU and NATO membership, has 24 of France's 74 Parliament seats and controls the Europe of Nations and Freedoms (ENF) group.

The rise of populist-nationalist Euroskeptic groups has eroded the potency of several traditional centrist-right and centrist-left parties in national elections, making it difficult to form governments in some countries such as in Sweden. Formerly powerful socialist parties, including in Germany, and Emmanuel Macron’s Europe En Marche party in France, experienced poor showings in recent national elections.

The same scenario could potentially unfold in the European Parliament in May’s election. While pro-EU parties – anchored by the center-right EPP (despite infiltration by Hungary’s populist MEPs) and the center-left S&D – are expected to retain control of the 2019-24 Parliament, but Euroskeptic groups are likely to increase their influence.

The European Commission in a September “Eurobarometer” report cited economic inequity between northern and southern members as a primary problem facing the EU.

Unemployment was the number one issue identified by 61 percent of respondents to a EU-conducted of poll, especially among those in southern states.

While unemployment is the chief economic concern in France, Italy, Spain and Greece, the top issue in northern states is EU’s public finances and debt, as indicated by respondents in Austria (48%), Finland (48%) and Germany (43%).

In nations with high unemployment, growing debt levels, and a reliance on non-performing loan (NPLs) in banking policies has fostered economic stagnation with growth during the first half of 2018 – most recent statistics available – across the Eurozone at 0.4 percent. Spain (0.6%) and Germany (0.5%) were among top performers while, France, Italy and Greece each registered 0.2 percent. During the same period, the US economy grew 4.1 percent. 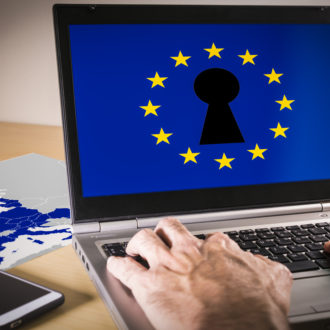 On-Demand Webinar: EU Legislation: How To Track It, and Why You Need To 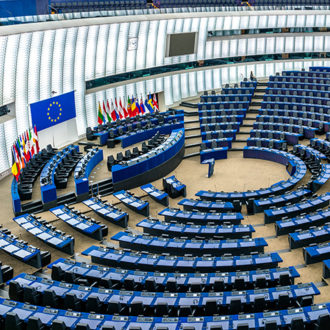