Lawmakers in 46 state legislatures will convene in 2022 and fighting the pandemic will no longer be their top priority but rather one of many competing priorities. The top three issues of every legislative session in 2022 will still be budget, healthcare, and education, as usual.

Beyond the big three, there will be five themes for state legislative sessions in 2022: elections, redistricting, pandemic, federal money, and infrastructure. Here’s a sneak peek of the main discussion topics in anticipation of our upcoming report:

An in-depth look at the top issues on state legislative agendas next year.

The nation’s heightened partisanship and intensity of focus on the coming elections will not only influence state legislative sessions but will also be the top driver of policy in chambers from Congress to school boards. Another reason why the looming elections will dominate 2022 legislative proceedings is policymakers will be legislating as post-census redistricting maps are drawn, which in itself is a top issue that will confront lawmakers in some states.

“Since it is an election year, the agenda will be more narrow than usual. I would expect we will see some ‘red meat’ for the Republican base bills and not much else,” said Matt Bryan of Smith, Bryan & Myers of Tallahassee, a Florida-based lobbying firm.

In September, the Supreme Court allowed Texas Senate Bill 8, which prohibits abortion after six weeks and allows “any person” to sue anyone who helps a person access abortion care, to be implemented. Since then, abortion bills have been filed in at least a dozen states. Lawmakers in Florida, Arkansas, South Carolina, South Dakota, Kentucky, Louisiana, Oklahoma, Ohio, North Dakota, Mississippi, and Indiana are among those that have pre-filed 2022 “Texas-style” bills or plan to do so when sessions begin.

Beginning with Oklahoma’s 2015 adoption of its Parents Bill of Rights, and following with similar measures adopted in Mississippi and Indiana, the emphasis has shifted from creating opportunities for informed collaboration between parents and public agencies to preventing the “infringement” of parents’ rights. This type of legislation is likely to find traction as a campaign issue among Republican lawmakers seeking re-election in 2022.

Bills to allow the legislature, or other partisan actors, to exert greater control over the conduct of elections were introduced in 17 state legislatures and adopted in Georgia, Iowa, and Texas. There are pending bills to do so in Arizona, Michigan, and Pennsylvania.

While the number of “election integrity” bills filed by Republican state lawmakers is likely to slacken compared to 2021, one trend is emerging: Lawmakers in six states have pre-filed bills calling for the state to audit its 2020 election results, despite no evidence of wrongdoing.

Not everyone agrees that 2022 legislative sessions will be rabidly ideological. Some states will be in biennium sessions exclusively dedicated to budget bills, while others say the pending elections will keep partisan passion down.

Defeating the pandemic remains very much unfinished business for state legislatures, but it’s no longer the all-encompassing emergency it was two years ago or the unexpectedly urgent issue it became last summer.

During a 10-week span between March and June 2020, the nation’s governors issued 1,968 COVID-19 executive orders, proclamations, and directives, including many that remain in effect now, according to NCSL. In response, lawmakers in 46 states, Guam, and Puerto Rico have drafted more than 300 proposals the last two sessions that seek to clip their governors' executive authority permanently, or at least back from the sweeping powers many were granted during the first months of the pandemic.

Lawmakers in about two dozen states, including many where 2021 bills stalled, are expected to introduce similar legislation based on a model bill crafted by the American Legislative Exchange Council that limits governor's disaster declarations to 30 days before legislative approval is required.

Since the pandemic emerged in March 2020, bills proposing to restrict the authority of local public health agencies have been introduced in every state legislative chamber in the nation, with at least 26 enacted. The stream of bills seeking to restrict public health orders and agencies will continue in 2022 with proposals expected in Massachusetts, Illinois, Oregon, Michigan, Colorado, and West Virginia, among other states.

At least 21 states have passed laws banning proof of COVID-19 vaccination, or “vaccine passports,” from being required to access or receive a product or service.

Texas, North Dakota, Iowa, Arizona, and Florida are among states where “vaccine passport bans” do apply to private businesses and include punitive penalties for violations.

At least 12 states have banned employers from requiring COVID-19 vaccine mandates as a condition of employment.

Which States Passed the Most Legislation in 2020?

A dive into the FiscalNote State data to show you how effective (or not) state legislatures have been across the country.

Between April 2020 and March 2021, Congress adopted assistance and economic stimulus packages that delivered more than $500 billion to state and local governments. From those packages, most states’ share of the $1.9 trillion American Rescue Plan Act (ARPA) money remains unspent. While lawmakers in some states are meeting in special sessions this fall to approve spending requests, most will do so in 2022 sessions.

Because of the federal assistance packages, however, most lawmakers across the country will go into 2022 sessions with budget surpluses. Lobbyists across state capitols cite three emphases gaining traction in how to invest ARPA money: Workforce development, behavioral/mental health, and affordable housing.

More federal money is coming to state capitols in 2022 via the five-year, $1.2 trillion Build Back Better (BBB) infrastructure bill approved by the U.S. Senate in August but hung up in the House. Regardless of which version is adopted, states can expect a significant infusion of federal money for projects that meet a broadened definition of what constitutes infrastructure.

While the federal bill earmarks $621 billion for traditional concrete-and-rebar projects — such as road building, and upgrades in mass transit, utility, and water quality systems — even the more conservative Senate-adopted BBB sets aside hundreds of billions for “resiliency,” broadband accessibility, cybersecurity, and energy policy.

Once the federal infrastructure package is adopted, state transportation agencies will coordinate with congressional offices, governor’s offices, and regional, county, and municipal transportation planning boards to overlay “new” federal dollars into existing plans and projects to get the best bang for their one-time BBB buck.

Ultimately, at the end of 2022 sessions, those synthesized plans synchronized to funnel federal funding into projects and plans will migrate through chamber committees and evolve until adopted by legislatures across the country. These are among the infrastructure issues those plans will address:

The bill earmarks at least $85 billion in mass transit. New York, New Jersey, and Connecticut are expected to receive $15.2 billion based on a funding formula established under the 2015 FAST Act that enhances grants for areas with the best access to public transit.

The bill earmarks $1 billion for the Alaska Marine Highway System to develop ferry systems that can reach rural communities and $15 million for Rhode Island’s ferry system to expand connections to port towns.

The plan earmarks $115 billion to upgrade 20,000 miles of highways, roads, and streets, and fully repair the “10 most economically significant bridges in the country” and the worst 10,000 smaller bridges.

The bill includes $20 billion for “connecting neighborhoods historically cut off by investments” in public works, such as the placement of interstate highways through communities usually predominantly populated by minorities.

The infrastructure bill includes $80 billion for Amtrak’s Northeast Corridor and improvement grants for a backlog of Amtrak repairs and route expansions. Lawmakers in several states have large-rail projects that could tap into this fund, including California, New Jersey, Minnesota, Louisiana, Oregon, and Virginia

However, lawmakers in many states will still have federal funding at their disposal for cybersecurity initiatives from ARPA, which earmarked $650 million for "cybersecurity risk mitigation" as well as $1 billion for the General Services Administration to spend on federal IT modernization projects.

As much as $174 billion could be made available for building infrastructure to accommodate electric vehicles through the proposed federal infrastructure package.

The aim is to build a network of 500,000 electric vehicle stations, using electric vehicles in bus fleets, and replacing the federal government's fleet of diesel transit vehicles with electric vehicles. It would also offer tax incentives and rebates for electric cars. State lawmakers will be looking to tap into the fund to augment their own EV plans. Among them: California, Connecticut, New Jersey, and Florida.

Lawmakers in at least 43 states and 98 counties and cities are planning or considering projects to expand broadband internet access by tapping into a $10 billion fund for states to use on broadband, digital connectivity devices, and multi-purpose community facilities that directly enable work, education and health monitoring.

Under the bill, states will be eligible to tap into the fund to secure $100 million allocations to improve broadband infrastructure, especially in rural areas.

President Joe Biden’s energy policy is for the nation to be carbon-free by 2050. Among the ways the proposed infrastructure bill seeks to make that happen is by restoring up to $300 billion in production tax credits (PTC) and investment tax credits (ITC) for clean electricity, including solar; a $100 billion, eight-year plan to modernize the nation’s electricity sector with the goal of achieving a 100 percent carbon-free grid by 2035; and with $100 million in funding earmarked for “transformative clean energy technology research and development.”

The goals and funding outlined in the proposed federal infrastructure package could be dovetailed into legislation to mitigate greenhouse gas (GHG) emissions adopted by at least 16 states and Puerto Rico and through executive orders by the governors of New Mexico, North Carolina, and Pennsylvania.

Some energy transition initiatives will be fiercely fought at the state level, especially in oil-generating states such as Louisiana, Texas, and Wyoming.

The proposed infrastructure package will open new tracts for leasing in 2025 to wind farm developers in seven areas off the Atlantic and Pacific coasts and in the Gulf of Mexico to generate 30 gigawatts of electricity by 2030, enough to power more than 10 million homes and create 77,000 jobs.

The plan includes $3 billion in federal loan guarantees and upgrades to ports in Maine, New York, the mid-Atlantic, the Carolinas, California, Oregon, and the Gulf of Mexico. The leases can be administered through executive action without Congressional approval.

How are you staying on top of the 130,000+ bills introduced in the states this year? 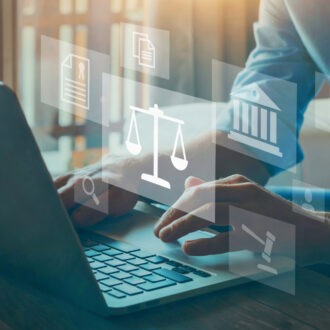 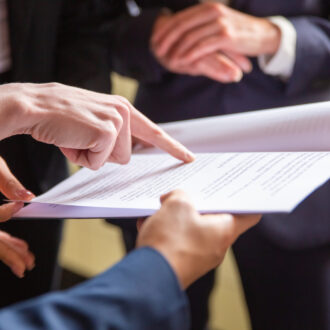 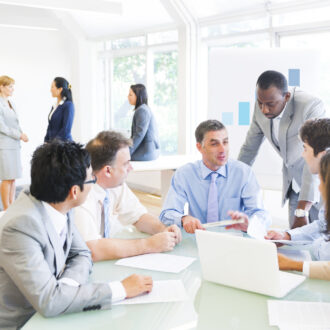 Stakeholder Engagement: How to Measure & Report on Relationships in Government Affairs