Many state legislatures still have plenty of work to do in 2021. At least a dozen are planning special sessions to distribute non-recurring federal money allocated through Congressionally approved pandemic assistance packages by December and, in 39 states, legislative panels are meeting through the fall to redraw congressional and state legislative districts following 2020 U.S. Census results.

What You Should Know About the 2022 State Legislative Session Dates

As legislative staff and lawmakers at the state level gear up for upcoming legislative sessions, 29 states in late August were accepting pre-filed 2022 bills. Between Sept. 1 and Jan. 4, pre-filed bills will be accepted by 40 of the 46 state legislatures that will convene next year.

The pre-filing period for 2022 legislative sessions in 28 states has already begun in:

November and December are the busiest months for pre-filing 2022 bills with another nine states accepting proposals in the last two months of 2021. The New Hampshire Senate pre-filing period is Oct. 13-27.

Most of the states that have processes for pre-filing bills allow submissions until sessions formally convene. Others impose caps and deadlines on when pre-session bills can be filed. Among them:

Six states — California, Nebraska, North Carolina, Ohio, Pennsylvania, Wisconsin — do not permit pre-filing bills. In these states, all proposals are submitted only when the legislature convenes.

Of course, no legislature is alike. Having 50 states means 50 sets of rules for proposing and adopting laws, so when it comes to understanding and mastering pre-filing procedures in the 44 states that do so, it is no different.

There are state-by-state nuances and variations in pre-filing bills to be aware of before wading into the legislative fray. For example, while bills must be exclusively sponsored and submitted by legislators in 30 of the 44 states that allow pre-filing, in 20 other states, bills can be pre-filed by committees, individuals, groups, the governor, state agencies, and state supreme courts.

Nine chambers limit the number of bills a member may pre-file and others restrict the number newly elected lawmakers can file before the first year of a biennium session. In Alaska and New Jersey, for instance, legislators can pre-file up to 10 proposed bills while the Oklahoma Senate limits it to eight. In Florida, the limit is six and in Colorado, legislators are capped at five pre-filed bills.

Before the first year of a biennium legislature, Wyoming senators can pre-file up to seven bills while during the second year — 2022, in this instance — they can only pre-file three. Wyoming is among states where the second year of biennium sessions — the even year — is restricted only to budget bills.

Arkansas, Connecticut, and Maine are among the other state legislatures where even-year fiscal sessions limit legislation to budget bills only.

Committees in 20 states are required to hear pre-filed bills and 12 permit committees to vote on them. The committee-review phase is an important opportunity to influence legislation.

There are 15 state legislatures that mandate pre-filed bills to be presented for a vote. A broader outreach is often necessary in these states to educate legislators who may not be aware of members’ concerns with a specific bill. This is when grassroots advocacy pays dividends.

Pre-filed bills are formal proposals that provide legislative staff time to document, package, and format measures in greater detail and clarity. When a bill is pre-filed, it is numbered — which means it can be found, researched, and tracked — and, in most states, referred to a committee.

Pre-filing streamlines the law-making process, allows legislative staff to assemble the proper paperwork and formatting necessary to usher a bill into committees and, eventually, onto chamber floors.

Most states require pre-filed bills to be formally introduced (“first reading”) and assigned to committees, where they may, or may not, be heard. It is at the committee level during informal pre-session gatherings where pending issues can be discussed in greater detail than what may be possible during frantically paced legislative sessions.

Getting pre-filed bills into committees is where efforts by advocates, trade groups, associations, nonprofits, corporations, and law firms have the most impact. It is critical to do so because the pre-filing period before a session convenes provides an opportunity to investigate and comment on proposals, and to contact elected officials to convey support or opposition to specific measures.

While monitoring pre-filed bills presents an opportunity to plan ahead, the pre-filing period also provides an effective tool for advocates to employ in getting their draft legislation into law-making sausage factories before sessions begin.

Minority party lawmakers and issue advocates who know their bills are unlikely to be addressed by legislators in the party that controls their chambers — if they are introduced at all — often use the pre-filing period to draw attention to their priorities. In other words, it’s a good way to make a political point. While pre-filed bills might have no chance of being adopted or even introduced in committee, they can garner media attention for a cause or a candidate.

Another benefit to keeping tabs on pre-filed bills through a state legislative tracking tool is staying on top of “carry-over” bills, which are proposals that were introduced in the last legislative session but didn’t come to a vote. In some states, carry-over bills are automatically re-introduced at the beginning of the next session. 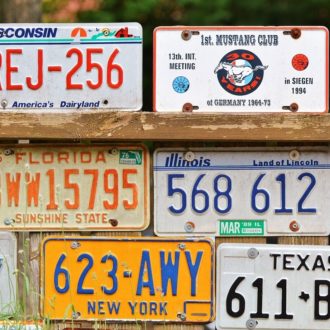 How to Create a Successful State Government Affairs Strategy 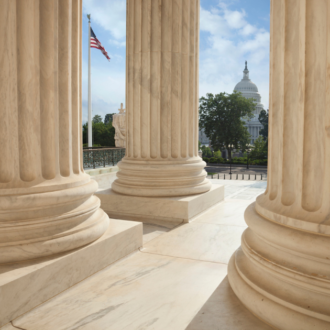