With the 2022 midterm elections months away, now is the time to keep a close eye on vulnerable members, races to watch, and the dynamics and issues that will shape the battle for control of Congress. CQ Roll Call’s politics team share their observations and predictions about what will and won’t matter when voters head to the polls next Fall.

An in-depth look at the top issues on state legislative agendas next year.

A Good Election for the GOP

With the midterm elections nearly a year away, how can we possibly know with any certainty what kind of trajectory we are on for 2022? Nathan L. Gonzales, elections analyst and Inside Elections editor, completed a helpful exercise when faced with this question. He went back through 20 years of election predictions to see what was anticipated a year out from each one. “Usually a year out from the election, we could tell what the trajectory was going to be,” he found. “We could accurately predict what was going to be a good Democratic cycle or a good Republican cycle.”

Of course, some individual races were still a surprise, but overall predictions usually proved accurate. With that in mind, “I expect 2022 to be somewhere between a good and a great Republican cycle,” Gonzales predicted. “I couldn’t find a recent past election where we said something like that and then it flipped.”

Republicans are expected to do well in the midterms for several reasons. Historically, the president’s party struggles in midterm elections, Gonzales said. “I think it’s usually because if the electorate doesn’t like the job the president is doing, they can’t vote against the president because he’s not on the ballot,” he said. “So they often take it out on candidates or incumbents from his party.”

Over the last century, the president’s party loses an average of at least three Senate seats and 30 House seats in the midterm elections. “History doesn’t tell us everything about the future, but I think it can be a guide,” Gonzales said. He also pointed out that Republicans know this history and it is emboldening them heading into the elections.

The country will continue to be polarized during this election cycle, with sharp partisan divides and moderate views holding little appeal, Gonzales said. “I’m starting to get pessimistic about people really wanting moderation,” he admitted. “In my mind, if people say they want moderation it just means they want other people to agree with a preexisting stance that they’ve already had.”

I expect 2022 to be somewhere between a good and a great Republican cycle.

Trump’s Impact On the Midterms

Former President Donald Trump will continue to be a factor in the races this year — not as much of a factor as in 2020 since he is no longer in office or on social media, but he still holds tremendous influence with the GOP, Gonzales pointed out. “His endorsement in primaries is important,” he said. “That’s why you see lots of Republican candidates trying to do everything they can to get that.”

The 2021 elections in Virginia and New Jersey showed that Trump is an important factor in motivating the Democratic base, but that alone is not sufficient to win elections. “[Democrats] also have to win those persuadable voters that are still in the middle,” Gonzales said.

One of the key things to watch is the vulnerable members running for reelection. At the top of that list in the Senate is Georgia Democratic Sen. Raphael Warnock, according to former CQ Roll Call Reporter Bridget Bowman. Democrats dominate the list of vulnerable senators, making up four out of the six on CQ Roll Call’s list.

That doesn’t mean the Democratic majority is necessarily doomed. “There are a number of open seats that Republicans are defending, that Democrats could flip,” Bowman said. “The battle for the Senate is going to be very, very close.” That’s why every race is going to matter in the Senate in 2022.

There are vulnerable Republican senators on the list too, including Florida Sen. Marco Rubio. One of Rubio’s potential opponents Rep. Val Demings has been raising “boatloads of cash” in her election campaign, said CQ Roll Call Deputy Editor Jason Dick. Demings raised over $8 million in the last quarter and has been effective in online fundraising, “although Democrats do acknowledge that Florida is a really tough state for them to win,” Bowman said, since Florida has expensive media markets and is a state where Republicans have made gains among Hispanic voters.

When it comes to vulnerable House members, redistricting will play a big role in the 2022 midterm outcomes, as redrawn lines put some members running for reelection in a vulnerable position. Many states still have not finalized their maps. However, “We can say pretty confidently that it’s going to be a tough year for Democrats” in the House, said Stephanie Akin, CQ Roll Call reporter.

A lot of the outcome will depend on “how well Democrats can sell their work pushing through President Biden’s agenda and infrastructure plan, and what’s going to happen with the rest of those big social spending priorities of the Biden administration,” Akin said.

We’re seeing huge fundraising by super PACs on both sides of the aisle. They play really big roles in these races because they can come in and drop millions of dollars and upend a race.

The Most Expensive Midterms Ever

The 2022 midterm elections are shaping up to be the most expensive midterms ever, said CQ Roll Call Reporter Kate Ackley. “We’re seeing huge fundraising by super PACs on both sides of the aisle,” Ackley said. “They play really big roles in these races because they can come in and drop millions of dollars and upend a race.”

Super PACs have the ability to “bring online races that were in the periphery because they can just throw money into them,” Ackley explained. She also noted that super PACs have more expensive rates for TV ads than candidates do, so while they can “raise and spend unlimited amounts of money, they also have to pay the higher rate when they air TV ads.”

Donors seem engaged on both sides of the aisle, and “a ton of outside money” is expected to be “flooding into these pivotal races,” Ackley said.

Learn how technology can help you manage your policy issues, engage with key stakeholders, and ramp up your advocacy strategy, just in time for the November 2022 elections.

Key Issues in the Midterm Elections

When it comes to the key issues in midterms, it all comes down to the economy: jobs, inflation, supply chain, even COVID-19 and immigration are partially economic issues, Gonzales said. “I think that’s going to continue to drive voter sentiment,” he forecasted. “That’s why it’s important for the Democratic Party to instill some of the confidence in the direction of the country and the economy.”

Another issue that has begun to define election arguments is election integrity, voter fraud, and voter suppression. “Democrats have made this a policy priority in the House and Senate,” Dick said. “We have groups that are spending and trying to animate voters on both sides of the aisle about this issue.”

After questions were raised in 2020 about election integrity by Trump, the 2022 midterms will be “the first big test of our election system since 2020 and what has become known as Trump’s big lie,” Ackley said, referring to Trump’s claim that the election was stolen from him.

Many people wonder whether the doubt surrounding the validity of the 2020 election will carry over into this year’s midterms, but Ackley said that may not be the case. “We’ve had high turnout in the New Jersey and Virginia gubernatorial and their local legislative elections,” Ackley pointed out. “We also had people concede.”

However, there still may be cause for concern, Ackley cautioned, with rhetoric on both sides of the aisle about rigged elections, fraud, and voter suppression. “Is there going to be a widespread loss of faith in our democracy? It remains to be seen,” Ackley said, considering 2024 as well as in this year’s midterm election.

Redistricting is also predicted to factor into the midterm election outcomes. State legislatures in at least 35 states are expected to approve post-census revamped congressional and state legislative districts during their 2022 sessions for them to be in effect for November campaigns. While Congressional reapportionment grabs the most headlines, the nitty-gritty of redistricting is done at the state legislative level where nationwide, 7,383 legislative districts — 5,411 House and 1,972 Senate — will be refashioned for the next decade.

The redistricting process has been delayed due to holdups in data from the Census Bureau, so “we are in a multiple-month sprint at the state level to finish these congressional lines,” Gonzales said. In many districts, it’s still unclear who will be running, making election predictions murky. For now, Republicans are expected to gain some seats or put themselves in a good position through the redistricting process, Gonzales said.

Your Guide to Running a Successful GOTV Campaign

Download the checklist you can print or share with your organization to make sure you don’t miss any step!

The modern record for voter turnout was set in 2020 at 66 percent. Midterm turnout is always lower, so Gonzales predicts voter turnout of around 50 percent in the midterm elections.

If the 2021 primaries in New Jersey and Virginia are any indication, higher voter turnout may benefit Republicans. The party was concerned it wouldn’t be able to rally large numbers of voters who “got very enthusiastic when Trump was in the White House,” but last year’s gubernatorial elections showed those voters did turn out and voted for Republican candidates.

“Democrats have assumed that higher voter turnout is going to benefit them,” Akin said. “But what we saw in [New Jersey and Virginia] was that there was a very high turnout among Republicans.”

The pandemic and the economy are the top issues driving voter turnout, Bowman said. But there are other issues each party sees as particularly motivating to their base: education and schooling on the Republican side and abortion on the Democratic side. “That not only motivates their base but maybe brings women voters to their side as well, especially women in the suburbs who were swing voters in the last couple of elections,” Bowman said.

FiscalNote has you covered with the most comprehensive suite of products to help you manage your policy issues, engage with key stakeholders, and ramp up your advocacy strategy, just in time for the midterm elections. Whether you need to find timely news and analysis, keep your PAC on track, access up-to-date stakeholder information, or mobilize your supporters to get out the vote, FiscalNote’s tools allow you to cut through the noise and make an impact during a busy election year. 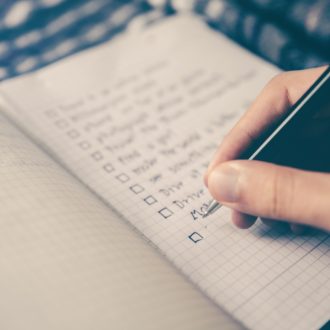 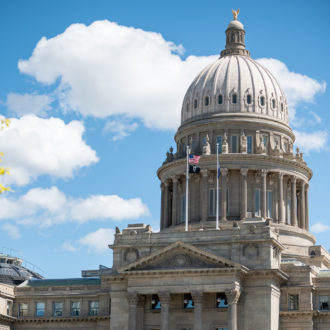