With 2021 in the rearview, 2022 promises to be a challenging year for advocacy leaders. A third of the Senate and all the House seats are up for election as the country grapples with issues around accountability, competition with China, immigration, voting rights, healthcare, and COVID-19 aid, to name a few top legislation priorities.

We caught up with Cristina Antelo, CEO of Ferox Strategies; Maia Hunt Estes, co-chair of the Defense and Appropriations Practice Group for Invariant; and Stewart Verdery, CEO of Monument Advocacy, who each weighed in on key policy issues for the coming year. Speaking from Republican and Democrat perspectives, the panel provided candid insights on what will likely unfold over the next 12 months on Capitol Hill and how to ensure your top public policy issues get in front of lawmakers.

In a midterm election year, the policy experts expressed concerns in COVID-19 relief packages — which had been a major focus of their advocacy work in 2020 and 2021 — not continuing as funds run out and legislators push election bids to the forefront. “It’s an uncertain time as we step into January,” said Antelo.

Download our Congressional calendar to see all the dates the House and Senate are in session in 2022.

Particularly in an election year, members will be eager to return to their districts and claim victories for accomplishments, Estes noted. One potential “win” could be the U.S. Innovation & Competition Act of 2021. The $250 billion bipartisan bill is designed to bolster scientific innovation and compete with China. A centerpiece of the bill is a $52 million allocation to spur domestic semiconductor production.

“There is near-unanimous agreement on Congress’ resolve to meet the threat that China imposes and to address those challenges,” Estes said.

Verdery agreed that China and tech regulations will be priority bipartisan areas as well as anti-trust and agricultural policy. He pointed out that several Republican senators have retired early and now Democratic House members are looking for earlier exits, a trend that presents a unique opportunity.

“Retiring members have a lot more leeway on what they want to get done, so that may be a fulcrum to get things done,” said Verdery.

Having worked with Republican clients, Verdery also has seen a significant shift of the party over the last decade to be less friendly to big business as noted by shifting positions on issues such as trade and tech regulation. “The idea that somehow Republicans are coming to businesses’ rescue in 2023 is a little bit of a misnomer,” said Verdery, who contends that this reality could prompt more openness for compromise between Congressional Democrats and corporate entities seeking to build relationships with members. “You have to be able to look both short term and also plan for 2023,” he added.

Estes advises clients to stay engaged. Even as Congress’s legislative work begins to slow down as it gets closer to elections, “there is still a lot of work to be done,” she said.

Make sure you’re staying one step ahead of tracking, responding to, and influencing the regulations that impact your organization most.

In addition to China, Verdery said other issues to watch include antitrust reform, cybersecurity safeguards, and cryptocurrency regulation. In December, during congressional hearings on cryptocurrency regulation, key industry players educated the U.S. House Committee on Financial Services on how digital payment technology could create a more efficient and inclusive financial system instead of a cash-based system.

The panelists said there is a learning curve in Congress to understand the growing role of digital currencies, which are a medium of exchange but are not regular money and not backed by any government or central bank. Estes said she is in favor of Congress “taking its time to get it right … making sure they put forth regulations that make sense. I think there is room for bipartisan support on issues like this.”

Another issue that could come up in 2022 is immigration. Verdery said he doubts legalization will be part of the reconciliation bill — legislation that would give undocumented immigrants the right to apply for work permits, permission to travel abroad, and benefits like state driver’s licenses, but falls well short of a path to U.S. citizenship. One component of the bill, the Dream Act, would allow more than 200,000 people who came to the U.S. as children and graduated from American universities to apply for a green card. This would spare them from having to leave the country after they turn 21 — the point at which they become too old to remain on their parents’ visas.

He predicted that the only event that could force an outcome on immigration legislation next year is if a case on the Supreme Court docket eliminates the Dreamers program, which he believes would likely prompt a response from Congress. “No one really wants those individuals deported. Congress would have to then step in and create a program. That could be the lynchpin [to include other immigration legislation],” he said.

Your Guide to Running a Successful GOTV Campaign

Download the checklist you can print or share with your organization to make sure you don’t miss any step!

Closely related to the immigration issue is the growing importance of the Hispanic and Latino vote in U.S. elections. This historically Democratic group is becoming more aligned to the Republican Party, especially male Hispanic voters, according to recent surveys, including a Wall Street Journal poll. Hispanics made up more than half of the nation’s population growth in the last decade, according to the 2020 U.S. Census. They also are one of the fastest-growing and youngest electorates in the country.

Antelo predicted a push to increase Hispanic representation in Congress by Republicans. “I think we’re going to see the early end of next year a Republican PAC to get more Hispanics elected to Congress … the leadership has started to figure that out,” she said.

Antelo expressed interest in watching the House Select Subcommittee on the Coronavirus Crisis, chaired by House whip Jim Clyburn, investigating the handling of the pandemic. The Subcommittee is looking at fraud and mishandling of taxpayer funds intended to cover the wages and benefits of workers affected by the pandemic. In some instances, companies, such as private aviation firms, took the aid while simultaneously experiencing increased demand for their services. The Subcommittee also is looking into allegations that the Trump administration put its political interests ahead of safety in the nation’s pandemic response.

“It has the potential to be precarious for some folks — [the investigation] will look to shine a bright light on waste and abuse of funds allocated there,” said Antelo. She also noted that COVID-19 has demonstrated the health equity issues in the healthcare space and how populations are impacted differently.

The Centers for Disease Control and Prevention (CDC) has documented how coronavirus disease has unequally affected many racial and ethnic minority groups, putting them more at risk of getting sick and dying from COVID-19. According to CDC’s July 2021 Vital Statistics Rapid Release report, Black and Latino or Hispanic people experienced an astounding 2.9- and 3-year downturn in life expectancy, respectively, compared to 1.2 years for white people due to COVID-19.

“It is important. I think people are starting to pay more attention,” Antelo said.

Lessons from the January 6 Capitol Attack

Multiple panelists weighed in on the commission investigating the Jan. 6 attack on the U.S. Capitol complex and whether it will adversely affect the re-election of certain Congressional members and corporate political action committee (PAC) giving, which for a time was “paused” for members who didn’t certify the Biden election win.

“For better or worse, Americans have short memories,” said Antelo, who predicted that the only path for accountability would be through the Department of Justice, not through elections.

Verdery believes that only if the commission uncovers evidence that individual members were in touch with the rioters would they end up on a “no-give” list. Estes says it would take concrete evidence to sway elections, but there is debate on what would be considered factual or irrefutable.

The panelists agreed that fundraising is back and here to stay. Antelo advises her clients to fundraise to build relationships with members since that is the window for getting access to have conversations.

Communicating the “why” behind corporate political giving to stakeholders, especially employees, has become more important. “Political giving is a part of the ecosystem of this town, but companies were caught flat-footed” in the aftermath of the Capitol attack, Estes said. “One of the things we counseled our clients to do is define your core mission and what it is you want to achieve through your PAC engagement to the people you are accountable to — in this case, activist shareholders, your shareholders, and then to your employees.”

Verdery noted that in the era of super PACs, wealthy donors, and campaigns, the importance of PAC giving is diminished compared with a decade ago. To illustrate, Verdery noted that a Senate race costs $100 million while a House race can run $10 million, making PAC donations less impactful. “Our clients are putting a lot more thought into who they want to give to,” he added.

Another big issue for the Democrats is voting rights, which is unlikely to be embraced as a bipartisan issue in today’s volatile environment. “I tend to be optimistic. It’s not impossible as long as members are willing to still talk to each other … and find common ground,” said Estes.

Avoiding the Cycle of Continuing Resolutions

In terms of what they expect to see in the areas of policy and process in the appropriations world, all three panelists said they hoped Congress would pass appropriations bills and avoid implementing a continuing resolution (CR). A vehicle used to avoid a government shutdown, CRs have been an integral component of the annual appropriations process for decades.

Estes, who represents defense clients, explained that part of good governing is “delivering some sense of certainty, stability, and ability to move forward.”

“My hope is that both Democrats and Republicans will see the cycling effect that can have on the economy in terms of a year-long CR. There’s room for some of those retiring senators to step up and really make a legacy play to get the appropriations done,” she added.

The discussion also turned to earmarks, which the Democratic-controlled House passed after a decade-long ban. Now called congressionally directed spending, the practice of targeting funds for important projects in a legislator’s community will be employed in a more transparent and responsible way with new institutional safeguards in place. For one, lawmakers must provide evidence their communities support the earmarks they submit. The panel predicted an earmark moratorium could make its way back starting in 2023 depending on the election outcome.

It’s not too soon to begin planning for 2023 appropriation asks, said the panelists, who noted that companies should plan to submit their requests earlier than the typical time frame of March.

“What I’m hearing directly from appropriators is start early,” said Estes. “Whenever offices begin to open their submission process, [you should be] first in line and ready to go.” 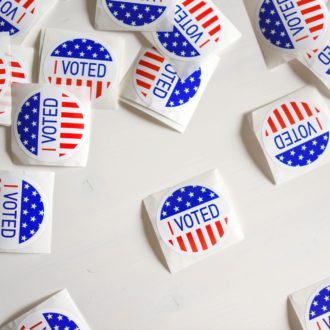 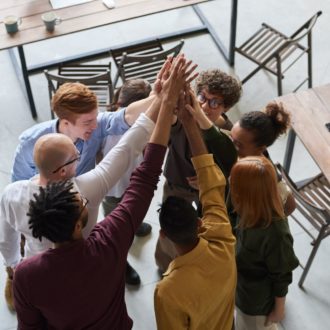 Ready, Set, Go: The Digital Advocacy Toolkit You Need in 2022