The future of advocacy is being shaped by a growing need to control the outward message across all teams in an organization, regardless of where they operate from.

It’s no longer enough to silo off the grassroots and advocacy teams to email and petition for change; it’s also about who the people you're interfacing with know, how your communications and corporate affairs teams are messaging and mingling with, and how you can manage all of these relationships, easily, and from one single place.

In order to stay ahead of the trends occurring within the grassroots, grasstops and direct advocacy space, it’s important to understand the concept of what stakeholder management is.

Stakeholders are the people or organizations involved anywhere along the continuum your issues touch. They are the group whose activities minimize (or possibly maximize) organizational risk and leverage opportunities.

Internal stakeholders can be an organization’s members, employees, contractors, and subsidiaries, while external stakeholders constituent everyone from public officials, staffers, affiliates, clients, supporters, and even competitors, to name just a few.

Wrestling this large group into one cohesive alliance, projecting the same message, around a common issue is stakeholder management.

For organizations involved in grassroots, grasstops and direct advocacy, the needs and opportunities are obvious. The solution on a scalable way to advance your agenda might not be as apparent.

For years organizations have been underscoring the idea that managing and aligning stakeholders is a critical part of the issues management process.

Being able to better understand how the people and organizations in their compilation of contacts are related to each other, and how they’re related to the issues, geographies, news, and policy is an obvious win.

FiscalNote’s data, workflow, and analytics platform is designed to help organizations of all shapes and sizes manage the impact of the outside world. The platform allows for combining key internal information (from PR strategies to projected regulatory impact), with a massive amount of external information (including current and pending government policy from the statehouses to Congress, and around the world) in a single location.

Then it lets you organize all of that around the issues that affect you most.

The end result is a single source of truth, updated in real-time, that connects everyone in your organization to the information they need, wherever they go.

For organizations that need to advocate for or against change, FiscalNote serves as a central hub from learning, to strategizing, to acting, in one location for seamless collaboration.

The Future of Advocacy

For organizations that need to advocate for or against change, FiscalNote serves as a central hub from learning, to strategizing, to acting, in one location for seamless collaboration.

Teams and organizations are able to build and launch advocacy campaigns, track progress with real-time activity reports, mobilize supporters with acutely targeted messaging, newsletters, surveys, report cards, and post-mortems, all in one place.

Everyone on the platform can follow the beginning and end of the entire legislative and regulatory process by monitoring how issues begin and develop. That breaks down the silos that hinder effective and actionable stakeholder management.

Let’s say a Transportation Network Company (TNC) wants to start a grassroots campaign for an issue related to their industry, specifically ridesharing.

The issue that prompted the launch of the campaign revolves around the fact that one of the cities in which their company operates is facing challenges from a local government trying to pass legislation to prevent TNCs from operating and offering rides to the people living in this city.

In order to prevent the cessation of this organization’s operations, this TNCs’ government affairs team, as well as other internal stakeholders, launches a grassroots campaign where passengers and partner drivers are able to email, tweet, text or call legislators to convince them to support TNCs and oppose the introduced bill.

With FiscalNote, this TNCs’ government affairs team can launch the entire grassroots campaign, prompting their partner drivers and the public to reach out to legislators, and also start building the networks of influence needed to stop legislation banning their operations.

With each point of outreach done by the public and partner drivers on behalf of TNCs, the government affairs team is able to learn what messaging is and isn’t working, the most effective strategies that gain support, and who the top external stakeholders are within the government and public space to drive change.

From this, they can map out which influencer networks can be activated through social media, and other mediums.

In addition, every data point, from an email sent, to a meeting held, and subsequent notes from these meetings, can be logged into FiscalNote for all TNC team members to collaborate on to drive the necessary legislative outcomes.

By keeping all internal information and external stakeholder engagement records in a single system of record, the TNCs’ various teams are able to collaborate across the country on preventing anti-ridesharing legislation from passing.

All the teams and departments involved in this process know the entire cradle-to-grave life cycle of this legislation and can monitor it in real-time; from the tweets surrounding their issue, all the way up to the passage of the piece of legislation that prompted this campaign

In another brief example, let’s say a large steel manufacturing company with offices and plants across the world wants to launch a major sustainability effort across the world to prove to the company, the public, and the market that environmental issues are at the forefront of their business.

With FiscalNote, this major corporation would be able to launch an organization-wide sustainability effort using a digital issues management process involving multiple departments all aligned on the same outcome.

This corporation would, using FiscalNote, launch an outreach campaign to the various international stakeholders across the EU and other political entities to begin setting up meetings. The Communications team at this organization would be able to use FiscalNote to input the corporate-approved talking points and messaging for the government affairs representatives to use in their meetings across the globe around the sustainability effort. All of the meeting notes and talking points from the government affairs team meeting with these officials would be available in a single system of record updated in real-time for the C-suite to access and report on the successes and failures on the effort to the necessary stakeholders i.e. the media, other members of the organization, etc.

FiscalNote would allow this steel manufacturer to be able to launch and control the messaging of the sustainability effort using the built-in outreach tools as well as contact the necessary stakeholders to manage the issues affecting their organization.

Why You Should Care

Being able to manage all the relationships and networks your organization maintains in one place for easy cross-departmental collaboration is the key to effective advocacy. 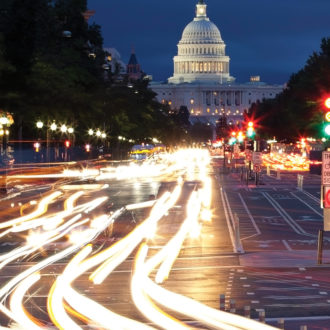 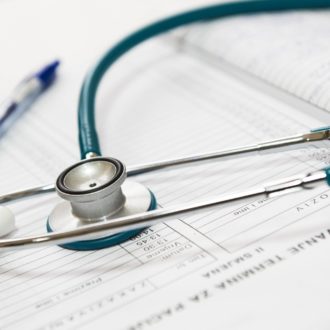 Six 2021 State Healthcare Priorities that Address Life After the Pandemic