As cryptocurrencies become more widely used and their advantages better understood, this technology is one government affairs professionals need to be prepared to navigate in the coming years. However, there are many misconceptions about blockchain and cryptocurrency, as this is a relatively new technology.

These myths are mostly “rooted in fear,” says Anne Warner, general counsel at Algorand. At a live FiscalNote event, Warner joined a panel of cryptocurrency experts who shared their thoughts on some of these myths and the truth about this technology. Here are the highlights of their conversation.

The State of Cryptocurrency: Challenges, Regulations, and How to Leverage this Tech

Watch our recorded webinar to hear from industry experts about the policy challenges surrounding crypto assets and blockchains, as well as their insights on the path forward and the technological innovations ahead.

Any set of transactions that need to be securely verified and stored can be put on the blockchain without necessarily using cryptocurrencies. For example, Colombia recently used a blockchain-based system to track COVID-19 vaccinations throughout the country.

The metaphor Warner uses to explain this is that blockchains are to cryptocurrencies as the internal combustion engine is to the car. “The engine powers the car, but it can also power locomotives, airplanes, and leaf blowers,” she says. “Blockchains power cryptocurrencies, but they can also power an enormous and growing number of other use cases.”

Myth #2: All Blockchains Operate in the Same Way

There are three basic kinds of blockchain, each very different from the other, with their own pros and cons — some are greener than others, some more expensive, some more decentralized.

The variation between blockchains makes it challenging to tackle them from a regulatory perspective, says Jared Favole, senior director of communications and policy at Circle. “Trying not to judge the industry based on one blockchain or project is really important,” he says. “It’s a myth we encounter when we talk to policymakers all the time.”

Favole says he tackles this challenge by helping policymakers understand the different ways blockchains work and the attributes each one possesses, as well as the quickly changing nature of this technology. “You can criticize the industry for where it is now, but you can't judge it completely,” he says. “So when we're thinking about creating regulations there's so many novel and new things to tackle from a legal and compliance and regulatory and technological perspective.”

Trying not to judge the industry based on one blockchain or project is really important. It’s a myth we encounter when we talk to policymakers all the time.

Another misconception is that if you use blockchain as the engine behind financial transactions, you lose the ability to impose controls such as anti-money laundering (AML), and know your customers (KYC). The “public and permissionless” nature of blockchains often causes institutions to shy away from using them, Warner says. “But the truth is that modern blockchains can be implemented so that permission is required to access them and controls can be imposed.”

The blockchain is an algorithm that people build applications on top of, Warner explains. Any entity can put controls on the blockchain by controlling access.

Myth #4: Cryptocurrency is Used by Criminals & Can’t be Tracked

A pervasive misconception about cryptocurrency is that it is only used by criminals and cannot be accurately tracked. This is simply untrue, says Salman Banaei, head of public policy at Chainalysis. “Most crypto activity is on open and transparent blockchains where every transaction, wallet, address, and balance can be traced in real time,” he says.

In the last several years, illicit activity has decreased as blockchain experts improve capabilities that support enforcement and law enforcement becomes more aggressive in this space. Banaei is hopeful that lawmakers and regulators will see this and shift to actively embracing this technology because of its ability to root out illicit activity.

Most crypto activity is on open and transparent blockchains where every transaction, wallet, address, and balance can be traced in real time.

Myth #5: Cryptocurrency Interferes with the Ability to Impose Sanctions

Another worry with cryptocurrency is that it precludes regulators’ ability to impose sanctions effectively. But because this technology is open, transparent, and traceable, it can be regulated efficiently.

Cryptocurrency can be used for good in times of turmoil. For example, in the Russia-Ukraine war, “the industry collectively has spent tens of millions of dollars almost instantly to the right people in Ukraine to allow them to buy the things they need to be safe and healthy,” Favole says.

Cryptocurrency can be easily traced throughout the world, and because of this “if our government were to embrace this technology rather than brace itself against this technology, our future would look much safer,” Warner believes. Using blockchain to conduct transactions can be traced and regulated in a “more nimble and reliable way than our current systems by a long shot,” she says.

Myth #6: Cryptocurrency is an Environmental Disaster

Because of the energy consumption that is required for mining, some people believe crypto is an environmentally unsustainable option. It is true that not all types of blockchain are green, but not all blockchain is created equal and some types are more sustainable than others. There are environmentally-friendly types of blockchain because the requirements to run them are not that lofty, they can be run on a laptop, and they are even carbon negative, Warner claims.

Myth #7: Crypto Can’t be Used by Other Industries

There is a misconception that cryptocurrency can’t be used by a wide variety of industries and that its regulatory perimeter is fixed, says Lisa Ledbetter, partner at Reed Smith. But in reality, the largest banks globally are investing more money into cryptocurrency and blockchain companies and there is a greater investment in these technologies for all industries.

In fact, 55 percent of the world’s top 100 banks have crypto and blockchain exposure, according to Blockdata, a market intelligence platform for blockchain technology. These banks are investing directly or indirectly in digital currencies and blockchain. “We’re seeing greater investment, we're seeing greater custody services” from large organizations and more industries taking any interest in cryptocurrencies, Ledbetter says.

The Current State of Cryptocurrency Policy Around the World

A look at how countries around the world are responding and positioning themselves towards the rising cryptocurrency market.

Digital assets have seen huge growth in recent years, surpassing $3 trillion globally last November up from $14 billion just five years prior, according to Time. Around 16 percent of adult Americans have invested in, traded, or used cryptocurrencies, according to Pew Research.

Federal and state regulators are increasingly focusing on crypto and how it should be overseen. In addition, many agencies are looking favorably on the technology and on the U.S. taking a leading role in its advancement. “The regulatory agencies are seeing that there is no turning back from innovations like blockchain technology used in cryptocurrencies,” Ledbetter says.

From a regulatory and legislative perspective, policymakers are working to get the right regulatory framework in place, whether they are supportive of the technology or not. The infrastructure bill was a “really good wakeup call for the U.S. government” to the importance of crypto, Favole says, as Congress has begun to sink its teeth into this technology. There is bipartisan interest in crypto, including half a dozen hearings on the topic.

The recent White House executive order calling for the responsible development of digital assets shows that the U.S. is realizing it needs a comprehensive strategy to address cryptocurrency and now views it as a source of American competitiveness, Favole points out. Other countries are already focusing on crypto, with a willingness to implement and regulate the crypto and digital currency market. As the U.S. seeks to be competitive and a technology leader, leading the way in this field will become increasingly important.

Keep Up with Cryptocurrency Policy Around the World with FiscalNote

With a fluid landscape and a high volume of legislation and regulation at all levels of government, changes in cryptocurrency policy can prove difficult to monitor. FiscalNote’s legislative tracking solutions can provide policy information at the global, federal, state, and local levels when you need it, so you can craft and execute a successful government affairs strategy that keeps your team and wider organization in the know. 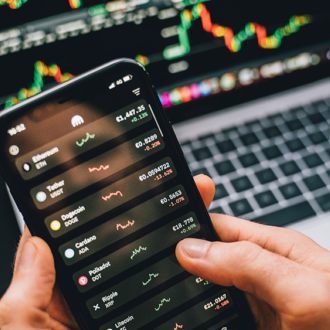 The Current State of Cryptocurrency Policy Around the World 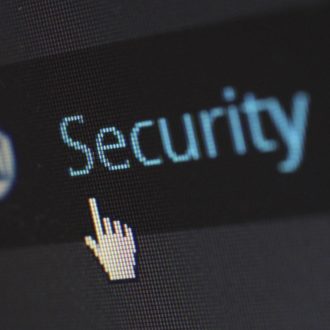 The 2022 State of Cybersecurity Legislation and Regulation in the US 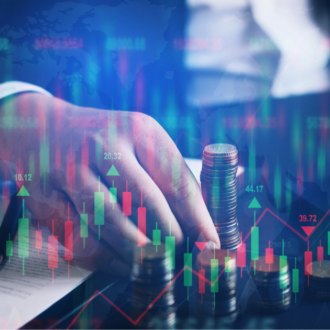 On-Demand: The State of Cryptocurrency: Challenges, Regulations, and How to Leverage this Tech