Governors and state health officials are leading the charge in addressing the public health situation in their states, as a lack of unified federal leadership has left them to craft their own approaches to the COVID-19 pandemic.

States face the daunting task of structuring their responses to the coronavirus crisis, balancing multiple demands including treating the sick, containing the virus' spread, ensuring that testing is affordable and protecting workforce and vulnerable populations.

“All local health care is local, so these folks are appearing in local facilities within states, and there has not been as speedy a response federally, so I think everyone is grappling with what to do with this new virus,” said Trish Riley, executive director of the National Academy for State Health Policy.

Lawmakers have pointed to strategies adopted by other countries like the U.K. and South Korea that have simplified the process and speed with which to get tested. But without a one-size-fits-all strategy to use as a blueprint, states and cities are left having to innovate on how best to keep their residents healthy.

“Unfortunately, we know that the rest of the nation will be where we are perhaps in a couple or three weeks. We hope that things we are doing aggressively here can set a template for the rest of the country,” said Democratic Washington Gov. Jay Inslee, whose state has been especially hard hit.

Some organizations and localities have begun canceling or outright banning large-scale gatherings. As of Thursday, 27 states and the District of Columbia had declared public health emergencies.

“As we move forward, it will be increasingly necessary and important that we are unified in our efforts, across cities, across countries, across state government if we want to slow the spread of COVID-19, help the most vulnerable and at-risk individuals and work together to protect our small businesses and workers displaced by this event,” Seattle Mayor Jenny A. Durkan said Wednesday.

One telling sign came when the National Governors Association’s State of the States address, which was scheduled for Thursday and would have focused on how governors are responding to COVID-19 on the front lines, was canceled so NGA Chair and Maryland GOP Gov. Larry Hogan could focus on new cases in his own state.

“With more cases of COVID-19 announced in Maryland, Gov. Hogan prioritized staying in Maryland to lead the response in his state. A new date for his 2020 State of the States address will be announced at a later time,” the organization said in a statement.

States like Washington took the lead in experimenting with testing using a drive-thru system similar to fast food restaurants as a way to prevent patients from potentially infecting others.

Centers for Disease Control and Prevention Director Robert Redfield testified Wednesday that the agency would not be instituting widespread drive-thru testing for the virus — which has been adopted in countries like South Korea.

“Not at this time. I think we’re trying to maintain the relationship between individuals and their health care providers,” Redfield said.

Washington state adopted this method to screen health care employees at the University of Washington. Individuals with symptoms book an appointment online, and a drive-thru station is set up in one of the university’s hospital garages. A test takes about five minutes and will eventually be available to other patients.

The university is working with the Bill and Melinda Gates Foundation to procure at-home test kits as well.

The Colorado Department of Public Health and Environment opened its first drive-thru community testing center Wednesday. A patient is eligible to seek a test with a doctor’s order, and the test is free regardless of insurance status. The results are available to the patient within 72 hours. The state updated its testing criteria Thursday.

The University of Utah Medical Center has already started implementing screening locations outside of standard points of entry for the hospital, and other hospitals are expected to establish their own practices.

Riley said it is too soon to tell if individuals will suffer in certain specific states due to inadequate infrastructure or policies.

“It’s hard to tell so early. The bigger issue is, ‘Are there adequate testing resources available?’ That’s the challenge most states are engaged in,” she said.

Several cities and states have issued warnings on holding large-scale events as the virus has spread. While the Trump administration put out guidance on social distancing this week, many localities have been taking their own steps to contain the spread.

States with emergency powers have the capability to put in place social distancing requirements, Riley said, while warnings in other localities serve as suggestions.

Inslee announced a ban Wednesday on gatherings of more than 250 people in three Washington counties — King, Snohomish and Pierce.

“There is no magic silver bullet at the moment medically, but there is a very successful effort that we can take to slow the spread of this disease and that is to reduce the social interactions that are not necessary in our lives,” Inslee said.

New Mexico Democratic Gov. Michelle Lujan Grisham on Wednesday also canceled “large public events we have control over” and encouraged the private sector to do the same. Lujan Grisham’s order applies to the Gathering of Nations, an annual meeting of Native Americans from around the United States and Canada scheduled for April 23-25 in Albuquerque, she said.

District of Columbia Mayor Muriel Bowser also declared a state of emergency and public health emergency Wednesday and called for canceling all events with 1,000 or more people through the end of March.

States are also putting in protocols to limit exposure to vulnerable populations including nursing homes and prisons.

“States do have experience. We’ve had Ebola, we’ve had H1N1. We’ve had hurricanes and natural disasters where we’ve had to move nursing home residents,” Riley said. “I think all of that informs their decision-making now and they’re thinking about what happens if we have a nursing home with an outbreak, or inadequate staffing.”

Florida GOP Gov. Ron DeSantis set new limits Wednesday on visitors to nursing homes and extended-care facilities. The order temporarily bans visitors including those who have tested positive for COVID-19, have symptoms of respiratory infection, have had contact with a person who has tested positive for the virus, or have traveled internationally or on a cruise within the past 14 days. 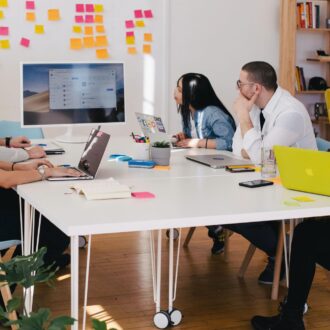