The draft constitution of Chile has been rejected by a wide margin in the constitutional referendum held on Sept. 4. Almost 7.4 million Chilean citizens, representing nearly 62 percent of voters, chose to reject the new constitution, against 38 percent who voted to approve it. This result was nearly uniform across all regions in the country, indicating a wide rejection of the proposal. President Gabriel Boric quickly accepted the overwhelming rejection of the draft, which was often seen as a bellwether for approval of his administration in the run up to the vote, and called for national dialogue and unity to forge a new draft in the coming years.

With nearly 80 percent of Chileans voting in 2020 for creating a new constitution, the president will either favour the creation of a new constitutional assembly or an expert group to draft a new social charter, while the opposition will attempt to push for Congress to be in charge of amending the existing 1980 constitution or drafting a new text.

How you can spot trends, manage global policy, keep your team on the same page, and uncover opportunities all in a single repository.

The constitutional referendum was carried out with mandatory voting, which saw a record 13 million Chileans voting, out of an electorate of 15.1 million people. The margin of victory for the “reject” camp was wider than expected, with projections initially predicting a 10-point gap. The draft constitution received a majority of negative votes in all 16 regions of the country and in 338 of its 346 municipalities, including the Santiago Metropolitan Area, which was key for the election of President Boric.

The scale of the rejection reflects in part the relative unpopularity of President Boric, who had publicly supported the draft text and whose popularity ratings reflect Sunday’s vote. However, it is also a forceful rebuffing of the text itself and the body that drafted it.

The Constitutional Convention was widely seen as unrepresentative, having been elected by 41 percent of the electorate and overwhelmingly representing left-wing parties and independents, in a traditionally conservative country. This result allowed these parties and alliances to vote in a decidedly left-wing agenda into the document, using their majority in the convention to push them through. Moreover, headline-grabbing scandals of several constitutional deputies, “fake news” campaigns about the process, and opposition to the draft from the centre-left lawmakers all played a significant part in the result.

Undoubtedly, the rejected constitution would have radically changed Chilean society and politics. The draft would have codified over 100 constitutional rights, more than any other country, in a nation where the government is traditionally less involved and certain social rights have only recently been legalised. It enshrined protections not only for contentious issues in Chilean society, including abortion, mining, animal rights, pensions, and universal healthcare but also for cybersecurity, privacy, and “culturally relevant foods,” among many others. Its overwhelming number of articles (388) and certain flashpoint issues, such as the declaration of a “plurinational state” encompassing several indigenous nations and mandatory gender parity in government, seem to have pushed many over the edge.

The Future of the President

The results will certainly affect the future of President Boric, who announced a government reshuffle and the beginning of dialogue with conservative groups that campaigned against the draft. Boric had been emphatic in his support for the new constitution and sought to ease worries before the vote by promising changes to the final text had the draft been approved.

His popularity is likely to further decline due to widespread concerns about the economy and security situation, especially if uncertainty about the constitution’s future lingers. What seems certain now is that his presidency will have to focus on this process for the next two years or more, delaying his other plans.

What’s Next for the New Constitution?

The likely next steps for the constitutional process seem to be either a new Constitutional Convention, an expert group to lead the process, a limited set of amendments to the existing constitution, or retaining the 1980 document. The latter two options seem the least likely, given the overwhelming vote of Chileans in 2020 to change the social charter for one that guarantees more protections.

President Boric will likely attempt to call for the election of another Constitutional Convention or attempt to reach agreements through Congress. The recent approval of a bill to lower the necessary quorum for constitutional reforms may help with the latter. However, a fragmented Congress and electoral fatigue will work against him, following the large margin of defeat in Sunday’s referendum.

The possibility of installing an expert group inside or outside Congress has also been discussed by pundits in the lead-up to the vote. This would sidestep the need for new elections and would allow for a swift process of adjustment for the more divisive proposals in the rejected draft. Parties across the political spectrum will likely agree on a basis for a new constitution that includes social equality and more state protections, but a new draft will have to be written in a non-partisan way, involving the many political perspectives that exist in the country.

How you can proactively identify, monitor, and mitigate threats — while spotting rising trends and opportunities worldwide.

What it Means for Foreign Investment

The results of the referendum inevitably raise questions about instability in Chile and the future of foreign investment in one of the most attractive economies of Latin America. Politically, the Boric administration will now have to deal with an emboldened opposition and a fragmented Congress in the pursuit of another constitution. That same Congress will likely be an important actor in the forging of agreements between parties and the new constitutional reform process that must now begin. Institutional paralysis is a real but distant possibility at the moment, and Boric has been dealt a strong blow to his legitimacy.

Moreover, aggrieved social movements, and especially indigenous groups that looked to gain much from the draft constitution, may go back to the streets if they are dissatisfied with the progress of reforms. The latent social conflicts in the southern regions of the country may also intensify, and Congress is likely to shortly renew the state of exception in the “southern macro-zone.”

Economically, voters will continue to have little patience for the current administration and will likely push Boric’s approval ratings lower if the country enters a recession. The annual inflation rate rose six points to ​​over 13 percent — one of the highest in the region — and a looming recession seems all but certain.

However, Chile saw a strong post-pandemic recovery within the context of an economically shaky region. High demand for lithium has skyrocketed its price in 2022, showing great promise for the country’s state revenues, which may be further solidified in the long term if talks about an OPEC-style lithium cartel progress. Meanwhile, foreign direct investment into Chile keeps increasing, having reached $17 billion in 2021 — a testament to its solid fiscal policy and investor confidence.

While the results of the referendum will delight some investors fearing the tax reforms and mining restrictions of the failed constitution, the direction of the country is clear. Chile must answer the demands of its population for a more representative constitution that guarantees more social and economic rights. The challenge will be to balance the varied demands of Chilean society for long-term stability.

Stay Ahead of the Latest Developments

The referendum in Chile and the subsequent process to reform the constitution will have a great impact on the national and regional business environment. As the country continues its journey toward a representative constitution, the business community will be asked to evaluate its own role in driving fair economic growth. This will certainly entail new legislation and regulations in all of the key industries and sectors in the country.

To follow these processes, organisations will need to have a system in place that focuses on what is truly important to their business. FiscalNote’s global policy analysis and reporting surfaces the insights that matter most to your organization. Our policy experts act as a force multiplier to identify opportunities, risks, and trends across the globe, and back them up with in-depth analysis.

See how we can provide custom analysis, visualizations of public policy data, and additional bandwidth to your team. Brazil's Presidential Elections: The Future of ESG Policy on the Ballot 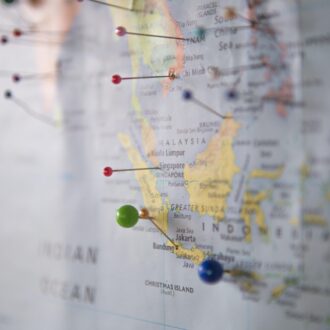 Your Guide to Building a Successful Global Government Affairs Strategy