Building relationships is one of the biggest parts of the government affairs and advocacy world, but while most of the focus is placed on key lawmakers who can help you pass or defeat legislation, building relationships goes beyond Congress and statehouses. You also have to build trust with organizations and associations in your industry that are working on pushing for the same issues you are.

“This is what D.C. is all about. Your competitor on one field is your friend on another. It's a collaborative area, we're collaborative people, and we're happy to work with anyone who is interested in working with us toward a common goal,”  says Greg Polk, global vice president of government relations and citizenship at Stanley Black & Decker.

What is a Coalition?

Get the insight, as well as the tools and tactics you’ll need from those who’ve gone before, to knock your next campaign out of the park.

Sure, at this simplest, a coalition is an alliance of different parties that work together to achieve a common purpose. But in government relations and advocacy work, coalitions can be an important component of an organization’s strategy. Not only are you able to make a larger impact by working within a coalition, but you’re also able to leverage each other’s strengths to push the issues forward.

“Everyone focuses on ‘what do we need to get done and how do we do it together.’ So it's a huge part of government relations,” says Joseph Arite, director of legislative relations at GTL, a legal mutual reserve company based in Illinois. “We have some common ground that we can work with these groups on.”

Coalitions are another way of managing and furthering your government affairs strategy by allowing you to expand your stakeholder network and the reach of your advocacy work.

Why is Building a Coalition Important?

There’s strength in numbers and this is particularly true in government relations. Building coalitions elevates and amplifies your voice as an advocate and can show the true value of your issues across different parts of the same spectrum.

“It's much easier to get policy done if there's agreement — if there’s a broad swath of interested companies that have come together and done the thinking through what it ought to look like beforehand,” says Polk. “If that broad swath of similarly situated companies are all asking for something a little different, it becomes very hard to actually get something done.”

“The folks you are out there fighting against to get business, we're kind of working right alongside them in D.C. because, at the core of it, we have the same interests, the same things we want to see get done,” says Chris Spence, managing director of federal government relations at TIAA, a Fortune 100 financial services organization.

Who Can be Part of a Coalition?

Understanding who needs to be a part of a coalition will depend on its objectives and who’s funding it. You’ll always want to make sure that decision-makers are part of it, but also those who will hit the ground running and help move things forward.

Now more than ever, digital advocacy is one of the most important tactics to driving meaningful action from your supporters. Here's how VoterVoice helps.

“I would look at members with a shared interest in either the general or specific result, but also that bring unique elements to the table: different companies from different industries, entities that are small or large, geographic differences, and anything else that would diversify and broaden the scope of the interests that you're representing as a group. You want to make it as diverse and inclusive as possible while maintaining the focus on the goal,” says Polk.

From there, it’s about how to approach that issue. In America Walks’ case, for example, it’s always been about reducing chronic disease but the coalition participants will help define the problem and the approach.

“In the case of chronic disease, if you think of it as a health care problem, then you want the hospitals, you want the medical folks; if you think about it in from a prevention point of view, and you believe it goes beyond individual behavior but it has to do with the availability of the environment to support healthy choices, then you have to look broader in terms of who gets involved because the people making the decisions about that environment are not necessarily your physicians or your health department,” says Kate Kraft, former executive director and now senior advisor at America Walks.

Depending on the approach, corporations, associations, local businesses, universities and educational institutions, nonprofits, policymakers, and local or federal government agencies can be key allies for a successful coalition.

Tips for a Successful Coalition

Building and working on a coalition might not be rocket science but there are still some best practices and tips that can make the process more successful for you and your organization.

“To create a successful coalition around a policy, you would first need to assess exactly what the policy goals are, and try to be somewhat general as well as specific about that,” says Polk. “I don't think you have to enter in with a defined end game, because the coalition will wind up advocating and negotiating that outcome. But I think that you have to have some framework of commonality to get people to want to consider being part of it.”

“I think it's really important to have some ground rules upfront. Usually, they include respecting all opinions, and decision-making rules — is it going to be one vote, one organization and majority wins?” says Kraft.

Once you have ground rules, you’ll be able to more easily guide productive conversations. Invariably, you’ll have some contentious discussions but Kraft recommends finding the common ground and going from there.

To get things done, you definitely want to have some assigned roles and responsibilities. However, a coalition shouldn't be such a rigid structure that it operates more like an association.

It’s important to maintain a collaborative environment and create breakout workgroups where people who have an affinity for a particular part of the issue can self-organize and work together.

“I do think it's sort of remarkable how much personality matters; some people are just better at cultivating partnerships and collaborations than others. So you need to make sure you have a nice combination of cultivators,” says Kraft. “You want a diverse set of opinions and viewpoints.”

Sometimes there’s an authority that convened the group already — such as a mayor’s office, for example — but that doesn’t mean they will take the lead in the coalition.

“Leadership matters. And that's not necessarily position power, but rather influence,” Kraft says. “Ultimately, there has to be some leadership that will either break the logjam or help negotiate whatever the solution will be.”

Leaders should also work to keep members engaged to avoid the coalition falling apart. One of the pitfalls is having members break up the alliance to cut their own deal so keeping the pulse on the coalition’s sentiment and engagement is a big part of the leadership role.

It is important that the conversation about metrics and tracking success happens from a coalition’s onset. As you have conversations around understanding the issue, developing your strategy, and taking action, checkpoints to measure progress are vital.

“Having some set of measurements that everyone agrees on is important. But you have to be careful not to be overburdensome with the measurement because that's not the work. That's just knowing how well the work is going,” Kraft says. “It's that balance between, how much work and how much monitoring?”

“If you spend too much time deliberating and not acting, then you start to lose people, because they don't feel like you're actually making progress. But if you don't do enough deliberation, you don't get enough ownership and commitment to implementation. So there is a balance,” says Kraft.

This comes back to creating working groups within the coalition and allowing people to self-organize to a degree. Breaking out some of the work and making the exchanges collaborative can help maintain that balance.

Use the Right Tools for Building a Coalition

All organizations are competing aggressively for time, attention, and support. To amplify your message and increase your chances of success, working with coalitions and alliances can help your issue cut through the noise.

But in order to effectively lead or participate in a coalition, you need to stay on top of the relevant legislation, deep dive into the news and analysis, and know who your key stakeholders are. FiscalNote’s 360-degree approach to issues management gives you all the tools you need to successfully plan and execute your government affairs strategy. 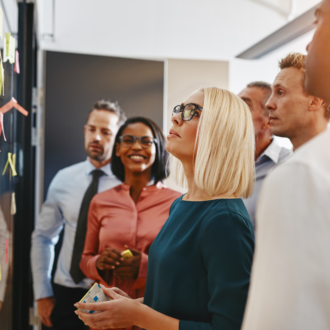 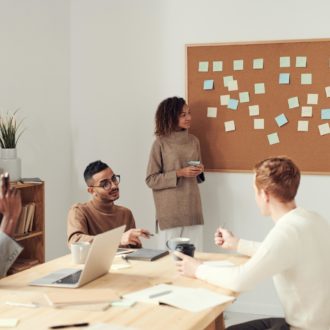 Your Guide for Advocacy Success in 2021 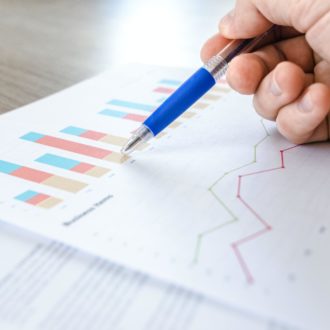 How to Measure and Evaluate Your Advocacy Efforts