Environmental, social, and governance (ESG) policy is taking a center stage in Brazil’s upcoming elections. On October 2, the country will hold general elections, with a possibility of run-offs for president and state governors on October 30. The polarised political climate in the country has propelled two candidates with opposing views on ESG to the top of the presidential race. But the topic is also front and center for other candidates in the race that bring more nuance to the approach to ESG.

ESG already experiences an evolving legislative landscape in Brazil, with its pillars consolidated in the Brazilian Constitution and other legal texts. All three components have been the focus of policy since the country’s re-democratisation in 1985. Here, we take a look at current candidates’ stances on the topic and what they would mean for the future of ESG policy in Brazil.

Luiz Inácio 'Lula' da Silva is the current frontrunner for president. A historical leader of the centre-left Worker's Party (Partido dos Trabalhadores - PT) and an ex-president himself, his former government corroborates the ideas presented in his manifesto, but his policy on the theme should be more moderate and business-oriented than expected.

His running mate, Geraldo Alckmin, ex-governor of São Paulo and former rival from the centre-right, would pull Lula’s policy toward the centre. Although Lula's environmental record has been criticised, he will likely attempt to regain ground in this area if elected. International cooperation on the environment, especially in the Amazon, will likely resume and consolidation of recent expansions on assistance programs is also expected.

The focus on ESG in Brazil has been on environmental regulation, which Jair Bolsonaro's government has shunned on the pretext of expanding agricultural and mining activities in the Amazon rainforest. Although this has led to national and international criticism, it’s unlikely he would change his course for reelection.

Currently second on the polls and probable Lula's adversary in a run-off, Bolsonaro is running as a candidate of the right-wing Liberal Party. He has a base of supporters with an ideological resistance to a number of ESG-related discussions, especially in the environmental area. This doesn’t mean that Bolsonaro ignores ESG policies. When it comes to the environment, he consistently associates himself with advances in the treatment of solid waste during his administration. Concerning social aspects, he has re-oriented his approach to extreme poverty in the last two years. He also is unlikely to obstruct the private sector’s pursuit of ESG initiatives.

Although the election is likely to remain a competition between the two candidates, there are other relevant figures taking part who try to dissociate themselves from both.

Currently in third place, Ciro Gomes, of the centre-left Democratic Labour Party (Partido Democrático Trabalhista - PDT), has a strong influence in the Brazilian state of Ceará and part of the middle class. He defends the administration’s reversal of policies toward the environment, businesses, and employment but would expand more recent initiatives toward extreme poverty. The isolation he and his party are experiencing makes it unlikely that he would be able to reorient any candidate toward the left in negotiations for support in the likely run-off.

The fourth candidate, Simone Tebet, is a Senator of the centrist Brazilian Democratic Movement (Movimento Democrático Brasileiro - MDB) from Mato Grosso do Sul and, like Gomes, is promoting her candidacy through the idea of being an alternative to both Lula and Bolsonaro. She is a leader of parliamentary groups that she identifies as the "democratic centre."

Her government would likely be constituted with a focus on the interests of well-established agribusiness players and a market-oriented approach to policy inspired by her party’s previous plans, such as "Bridge to the Future" (Ponte para o futuro). Tebet announced in interviews that ESG would be a pillar of her possible administration, orienting an administrative reform of the Brazilian state.

Elena Landau, the leading economist on Tebet's campaign, already declared that ESG would guide their government, should Tebet win. The topic is frequent in her public writings. MDB is the largest party in Brazil and negotiations with Tebet during a run-off or to form a government will likely turn the political environment even more likely for ESGs.

It is important to note that the election poses a risk of violence and possible attempts to undermine democratic institutions. This doesn’t mean that these attempts would have strong support. Three thousand banking and business leaders have issued an open letter warning of "authoritarian setbacks" and "immense danger" to democracy. Another initiative, led by prominent law scholars and public figures requesting respect for the democratic process, has reached more than one million signatures.

If all legal and democratic procedures are followed, the new president will still need to build coalitions to pass legislation that will put ESG issues into sharper focus. Its three pillars are a matter of state policy in Brazil for almost four decades, right and left administrations alike.

Although significant differences between administrations on other issues exist, policy advancement in the realm of ESG is likely. With environmental concerns and pressures increasing among international and domestic investors, much of the Brazilian business class is likely to press for more proactive policies to boost investment and trade. With a diversified and ever more internationally integrated economy and society, Brazil should re-emerge as a leader on ESG out of the concerns and interests of its citizens.

Stay Ahead of Legislative & Regulatory Risks Around the World

You don’t have to spend hours manually reviewing the hundreds to thousands of potentially impactful policy and geopolitical developments facing your organization. FiscalNote’s Global Policy Analysis & Reporting puts what matters in front of you. Our policy experts are ready to act as a force multiplier to identify opportunities, risks, and trends across the globe, and back them up with in-depth analysis.

And when it comes to ESG, FiscalNote ESG Solutions provides you with a combination of an AI-powered platform, award-winning analysis, global advisory, and a peer community to help you achieve your ESG goals.

See how we can provide custom analysis, visualizations of public policy data, and additional bandwidth to your team. ESG and Sustainability Reporting: How to Prepare Your Organization for the Future 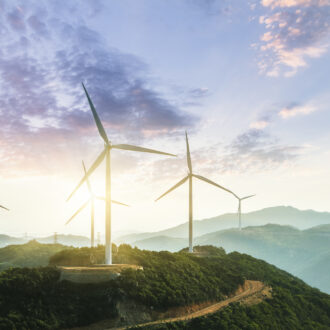 Keeping Up with Energy & Environmental Policy Around the Globe 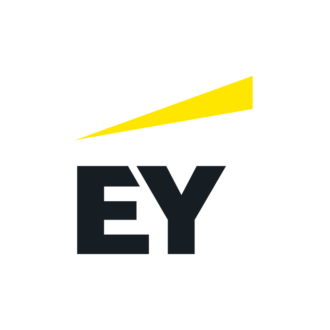