Florida lawmakers adopted a “wait-and-see” $93.2 billion Fiscal Year 2021 budget on March 19 and adjourned just as the COVID-19 emergency was emerging in the state.

Legislators left Tallahassee certain they’d return before the fiscal year begins July 1 in a special session to refashion a spending plan with an estimated general fund shortfall of $500 million to $1 billion in projected revenues.

But Gov. Ron DeSantis maintains lawmakers can stay home. Under emergency powers, he said, the governor can unilaterally allocate the state’s $12 billion in federal COVID-19 assistance and use his line-item veto to discard lawmaker-approved spending to balance the budget.

“There’s going to be a lot more vetoes. It’ll be a lot of red,” he said. “It’s kind of the veto equivalent of the Red Wedding from ‘Game of Thrones.'”

Not everyone, particularly Democrats in the Republican-trifecta state, agrees DeSantis can rewrite the budget legally via veto, or distribute federal emergency funding without the legislature’s assent.

The Florida Constitution states “no money shall be drawn from the treasury except in pursuance of appropriation made by law.”

Since the speaker of the House of Representatives and the Senate president can also call special sessions, Democrats argue Florida’s GOP leadership is allowing a precedent-setting expansion of executive authority go unchecked, not for administrative expediency, but for political expediency.

Republicans in the legislature are not eager to provide a special session platform to highlight criticism of the state’s COVID-19 response, crashed unemployment system, and rally for policing reform months before elections in a state with notoriously close campaigns and 29 electoral votes.

The debate, and potential lawsuit, about whether DeSantis is exceeding his gubernatorial authority, or merely executing his constitutional responsibilities under an emergency declaration is not unique to Florida, where several of the 35 COVID-19 executive orders the governor has issued since declaring a state of emergency on March 9 have survived court challenges.

Since Washington Gov. Jay Inslee declared a public health emergency and issued a series of COVID-19 executive orders on Feb. 29, for the first time in United States history all 50 states and territories are operating under simultaneous state and federal emergency declarations.

Get executive orders across all 50 states!

As the chief executives of state government, governors wield extraordinary emergency unilateral statutory power and political clout. In fact, many states invest its chief executive with more authority than that accorded the nation’s president by the U.S. Constitution.

Those executive powers have been exemplified by the 1,968 COVID-19 executive orders, proclamations and directives the nation’s governors issued between March and early June, according to the Council of State Governments (CSG).

Governors’ use of executive authority under emergency declarations has elevated them to a more visible role on a political stage where state affairs often get short shrift in a nationally-obsessed mass media as partisan divisions in Washington and an indecisive Trump administration cloud federal responses to the COVID-19 emergency.

Democrat governors including New York’s Andrew Cuomo, Michigan's Gretchen Whitmer, California's Gavin Newsom, Illinois J.B. Pritzker and Washington's Inslee, as well as Republicans such as Ohio’s Mike DeWine, Maryland’s Larry Hogan and Florida’s DeSantis have all used executive emergency powers to emerge as decisive leaders — even if not all agree with the decisions and question their use of executive authority in doing so.

The emergency management maxim that emergencies are “federally assisted, state managed, and locally executed” reflects the reality that crisis is best addressed by authorities closer to the people.

Local governments have sweeping powers to handle public health crises, which are spelled out in each state’s constitution. The reason why local leaders are granted extraordinary powers during an emergency is mayors and other local elected officials are more directly responsive to their constituencies than state and federal authorities are, and they are closest to the scene of the disaster.

In fact, most emergencies and disasters are handled at the local level. Few require statewide proclamations and even fewer, federal emergency declarations.

All state constitutions to varying degrees provide the governor the authority to declare states of emergencies to expedite responses, usually to natural disasters such as hurricanes, tornadoes, forest fires, floods, but also to address a wide range of catastrophic circumstances, such as power outages, industrial fires, hazardous materials spills, economic crises such as the 2007-08 housing market collapse, the COVID-19 outbreak and the recent civil rights demonstrations.

How are you keeping on top of the 156,000+ bills introduced in the states this year?

Lawmakers in many states have over the years have refined statutory definitions to define emergencies, including "disaster,” "emergency,” and "public health emergency” that include some statutory limits to executive authority mostly by placing time limits on the extent of emergency declarations within 30 days most common.

All state constitutions impose specific limits on the exercise of emergency powers. Most commonly including prohibiting governors from limiting freedom of the press or confiscating citizens' firearms.

All state Legislatures can nullify an emergency proclamation by a resolution, usually by a simple majority vote in both chambers. In Louisiana, an emergency declaration may be terminated by resolution in either chamber.

But, unlike bills adopted by lawmakers, executive orders in 38 states are not subject to the same administrative process by which state statutes are proposed and enacted.

Six states require legislative reviews for specific executive orders, such as those creating an agency that incur appropriation, but only six state constitutions mandate lawmakers review all governors’ executive orders for them to remain in vogue.

In 19 states, lawmakers have no constitutional role in approving, limiting or overturning an executive order.

According to the CSG’s Gubernatorial Executive Orders graph, governors had issued nearly 2,000 emergency orders related to the COVID-19 crisis in the 10 weeks between March and early June across dozens of categories.

According to CSG, governors have issued more than 275 executive orders regarding businesses-related issues, from imposing protective measures on commercial fishing vessels to prohibiting small business evictions; adjusting workers’ compensation laws; extending tax deadlines; even limiting the number of shoppers in grocery stores, which sparked consternation in Kentucky, Massachusetts and, most notably, Michigan.

With temporary emergency declarations in all 50 states in place for four months and the COVID-19 resurgence likely to justify their extensions, many state lawmakers nationwide say the pandemic has illustrated shortcomings in statutes regarding emergency procedures — especially in reference to governors’ executive authority under an emergency declaration.

Until most legislatures convene next year, attempts to cuff governors’ emergency executive authority is surfacing primarily in the courts.

In California, where lawmakers have gradually acceded more authority to the executive branch since the adoption of Proposition 13 restricted local taxation 40 years ago, lawmakers and Republican groups maintain Gov. Gavin Newsom has overstepped his authority with dozens of orders preempting state law since March.

But a June ruling by Sutter County Superior Court Judge Perry Parker may have ended the state’s growth in executive power by temporarily blocking Newsom from requiring in-person balloting stations, even as every registered voter is mailed a ballot for the November election, interpreting the executive order as “infringing on the Legislature’s responsibilities.”

Numerous suits in nearly every state have been filed challenging varied aspects of governors’ emergency executive powers on constitutional grounds with challenges in Michigan, Oregon, New Hampshire, among other states, turned down.

With legal actions seeking quick results nor advancing, lawmakers in many states are contemplating revisions in emergency statutes the old-fashioned way — amending them through legislation.

One proposes that emergency declarations be restricted to 30-day increments and renewals be approved by lawmakers even when not in session, similar to other states. Another would give county leaders more control over state-of-emergency declarations in their home counties, limiting the governor’s powers.

A resolution introduced into the Massachusetts House of Representatives claims Gov. Charles D. Baker Jr.’s use of emergency powers has “deprived (citizens) of property and liberty” and calls on lawmakers to “immediately act to reverse the unfettered power being exercised” by the governor, and to “limit those powers in scope and duration.”

The resolution states Gov. Baker’s actions violate Article X of the Massachusetts Constitution, which states “no part of property of any individual can, with justice, be taken from him, or applied to public uses without his consent, or that of the representative body of the people.”

Illinois State Sen. Dan McConchie has introduced a law to require the governor get legislative signoff to extend an emergency order past 30 days.

“The result will have the governor negotiating the parameters of the closure, providing evidence and justifying the decision making process,” said McConchie. “It will create an environment that is much more transparent.”

In Oregon, where the state’s Supreme Court in June affirmed Gov. Kate Brown's power to issue executive orders during the COVID-19 emergency, the Jackson County Commission sent a letter to state lawmakers, urging them to limit Brown’s "unchecked authority” during a state of emergency.

County commissioners argue the long-term state of emergency imposed by Brown in her declaration — essentially, until a vaccine or effective treatment is developed — under Chapter 401 of the state constitution should comply with statutes covering public health emergencies in Chapter 433 that require the Legislature to approve emergency declarations every 28 days.

In Michigan, Unlock Michigan has launched a petition drive to demand lawmakers repeal the state’s Emergency Powers of Governor Act of 1945 that they say Gov. Gretchen Whitmer is illegally using to exercise contentious emergency powers.

The GOP-controlled Legislature declined to extend Whitmer's powers under the Emergency Management Act of 1976, so she reverted to those still on the books under the 1945 act to impose restrictions in her ‘stay at home’ orders.

Unlock Michigan said lawmakers need to adopt their proposed measure to make it law. If they don’t do so, the group says it will gather the 340,000 signatures necessary to get their proposal before voters on the 2022 ballot.

The group maintains that Colorado’s emergency powers law only allows the governor to suspend any statute, law or regulation “if strict compliance” with the rule “would in any way hinder the state’s ability to respond to or cope with the emergency.”

In May, Kansas Gov. Laura Kelly vetoed a measure to limit her emergency executive powers. The bill required legislative leaders to approve any extension of emergency declarations beyond June and to determine how $1.25 billion in federal coronavirus relief funds would be spent.

Pennsylvania lawmakers have introduced a resolution that would partially terminate Gov. Tom Wolf’s emergency declaration and the emergency powers that come with it under Title 35 of the Pennsylvania Consolidated Statutes.

Several West Virginia House Delegates in May sent a letter to Gov. Jim Justice criticizing “overzealous actions taken by our own state government in response (to the COVID-19 outbreak), some of which have given cause for grave concern.”

West Virginia Attorney General Patrick Morrisey, who has not objected to any of Justice’s executive orders, in a tweet called for thorough examination of executive power, not just in his state but nationwide.

“After this pandemic subsides,” Morrisey said, “we’ll need to have a national conversation about the proper role of government during a state of emergency.”

Get executive orders across all 50 states! 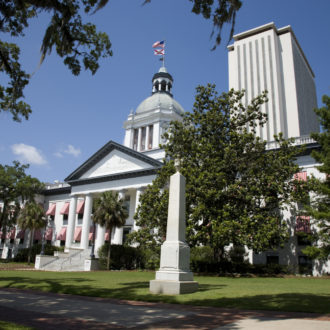 Understanding Pre-Filing Ahead of the 2021 Legislative Sessions 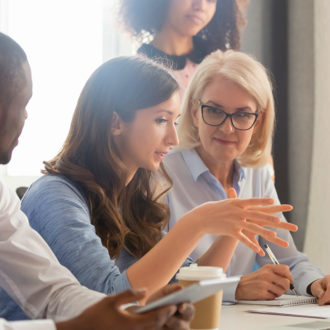 Everything You Need to Know About PACs and Your Advocacy Efforts 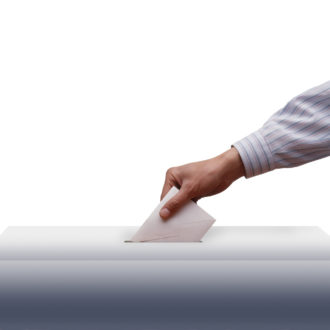