Here’s how the Diving Equipment Marketing Association (DEMA) increased advocacy engagement from five to 18 percent, in just a few weeks.

And they used FiscalNote's Advocacy software to do it.

Tom Ingram is CEO and president of DEMA, the 1,400-member trade association for the recreational scuba diving and snorkeling industry, based in California. Nicole Russell is vice president of operations.

Like many similar organizations, DEMA knew their advocacy efforts were not working as well as they might.

Until recently, if they wanted to mobilize members on issues, it involved emailing them through DEMA’s newsletter, using their existing marketing tool.

From there, those willing to take action were sent to a link with a template they could use to write to their Congressperson.

But they would then need to find out who their representative was, as well as their contact information, and forward it to them. It was cumbersome, time-consuming, and next to impossible for DEMA to monitor.

Those grassroots efforts to mobilize supporters were running at about five percent of DEMA’s membership. But even that was a best-guess estimate. They had no clear metrics to see who was taking action, or any way of monitoring what action, if any, was being taken.

“The member would have to take the initiative to copy the template, edit it, put in their name, and send it by email, or mail, to their representative,” says Russell.

“We wouldn’t know what they were doing. And we guessed that they weren’t doing much because it took a lot of time and effort for them to do it.

It wasn’t an easy method for members to participate. We wanted to make it easier for them to reach their representatives, and have an impact on what was going on.”

The Impetus For Change

So DEMA knew they needed to do something different to increase public policy engagement among their members, many of which are concerned about things such as regulations that affect their bottom line, and keeping the oceans healthy so there are clean places to dive and support their industry.

Then came Tom Ingram’s yearly review with DEMA’s board.

“I believed about five percent of DEMA members were involved with us in our advocacy efforts,” says Ingram. “During my review for the year, which included a push for [FiscalNote's advocacy platform], I proposed to the board that we could double advocacy engagement if we could conduct a campaign that was organized, and which could be tracked. No good deed goes unpunished. That 10 percent became one of my goals for the year!”

Now they were committed.

The Process of Finding an Advocacy Engagement Tool

Ingram already knew about FiscalNote's advocacy software from fellow association executives, so he started asking around.

“When we started looking into what we could do to get that engagement we were looking for, I connected with Matt Linden (one of CQ and FiscalNote's client success directors) and we tried to figure out what we could do that was affordable for us, as a smaller organization.”

The platform was also particularly appealing to DEMA because it was fast to set up, and easy to use for a relatively small, hands-on staff.

Getting the First Campaign Set Up

“It was very easy to implement,” says Russell. “It’s simple. It doesn’t have a lot of bells and whistles, which makes it easy to use and means you don’t have to make a lot of decisions. You just put it in to play. So it’s worked for us right out of the box. And Matt answered any questions that we had.”

Russell and DEMA’s communications manager set it up and both use it.

“It’s so easy anybody can do it,” says Russell.

For their first campaign, DEMA chose the Shark Fin Sales Elimination Act, a bipartisan bill to prohibit the sale of shark fins in the United States.

“It’s an effort central to the diving community,” says Ingram. “Sharks are an apex predator that are a requirement to keep the oceans healthy.”

About 70 million sharks are killed each year for shark fin soup.

“There have been a number of laws over the years – including some state laws. We put one together ourselves for the state of Florida. It was not successful, but a new bill in Florida recently passed. Unfortunately, that bill was so watered down by the time it got through the houses, it didn’t really help,” says Ingram.

“This bill for the first time prevents the sale and possession of shark fins, which means there’s an opportunity to get this off the issue of sharks becoming an endangered species. It’s bipartisan, so it’s been a good one from that standpoint. We’re seeing quite a number of representatives – it’s up to 123 cosponsors signing on.”

The Call to Action

Using Ignite, DEMA launched their first simple call to action on their Ignite page in early May. It was just one line asking members to support the Shark Fin Sales Elimination Act, with a link to the PDF of the actual bill for those wanting more information, and a “TAKE ACTION” button.

The “TAKE ACTION” button brings supporters to a form to fill out their name and address, and then they’re zip code matched to their representative in Congress.

When they hit submit they’re taken to a page with the message they’ll be sending. Then they click submit, and off their letter goes.

To lead people to the site to take action, DEMA used social media, their eNewsletter, and website.

“We did what we did in the past, and gave members the details of the issue. But now instead of the link sending them to a PDF, it sent them to the action page, which made it very easy for them to take action,” says Russell.

“We’ve been hitting it pretty hard, including it in several emails, and have sent reminders,” says Russell of their efforts to get members involved.

Ingram adds: “When we get new sponsors for the bill, we do an additional alert and ask people to go in and write their representative – if they haven’t done so already.”

As DEMA has members all over the country, they’re seeing action being taken in all 50 states, something they couldn’t have mapped or kept track of before.

“We’re seeing this go everywhere,” says Ingram. “I think the most unique one was from Idaho. We’ll keep it [the call to action] up there until there’s a vote taken on this bill.”

DEMA’s advocacy engagement goal for the year was to get 10 percent of its members to participate in public policy.

The results exceeded the goal. By six weeks they’d had 170 members take action and shared the results with members through their newsletter.

“We’ve hit the goal and gone beyond it,” says Ingram.

Eight weeks into the campaign and DEMA is way over goal with almost 18 percent of their members having already taken action.

“We’re convinced that our industry is a part of the whole out here,” says Ingram.

“Our philosophy is we need to have a clean, healthy place to go diving, but we also have to keep regulation to a minimum so that access for divers is there. That broadens the entire aspect of what we do to include anything and everything to do with an aquatic environment – the taxation and regulations and all of the other things have a direct impact on our members. Even things such as how increasing the cost of fuel in California will have an impact on boat operators and the general public getting to dive sites. Those things begin to trickle down, and it becomes a broader picture.”

There were other good reasons for DEMA and its members to increase their advocacy efforts, too.

“It makes us a leader in this area, because there’s really not a bigger voice than ours taking a stand on [some of] these issues and trying to get others to do the same,” says Russell.

“It is a member benefit, but the majority of these issues don’t just strengthen our members, but also our nonmembers. It is in fact positively impacting the entire industry.”

Ingram agrees: “As we visit our mission and look at what we’re trying to do as an organization, one of our strategic goals is to get the engagement of our members. It’s really hard to measure that, but advocacy [with Ignite] is a definite measurable effect. You can go in and look at the dashboard and see exactly who is doing what.

“[FiscalNote] helps us track what’s going on and makes it easy to let members know about it, and let them do something about it,” adds Russell. “It’s really been great.” 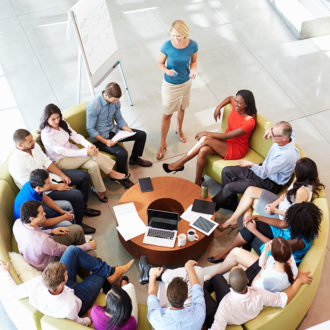 How CDOT Uses Technology to Communicate With Residents across the State

The Colorado Department of Transportation