The planning and execution of an advocacy strategy can make or break an issue-led campaign. That’s why we’re highlighting how a small state organization was able to advocate for their issue and be the first in the nation to raise millions for their specific cause.

The New York State Animal Protection Federation (NYSAPF) was founded in 2010 to safeguard the wellbeing of New York’s animal shelters and the companion animals through legislative and policy initiatives.

A trade organization, their members are large, medium and small animal shelters, as well as advocacy partners such as the ASPCA, the Humane Society of the United States, the Animal Alliance of Greater Syracuse, and Feral Cat Focus. The challenge they faced was how to develop and implement the right advocacy strategy on the state-level to track state legislation and mobilize their supporters to take action on issues that mattered to the organization.

Libby Post, their executive director, has overseen multiple successes at the Albany statehouse during her four-year tenure.

“There are all kinds of things that people never think about that we’re bringing to the fore,” says Post.

These include campaigning for capital funding for animal shelters, micro-chipping bills to standardize frequencies, and a shelter and rescue registration bill, to mention but a few.

Keeping an Eye on What’s Happening

To stay on top of what’s happening, Post uses FiscalNote State for New York to track what’s happening with legislation, but like many smaller state level advocacy groups, when Post took up the position the organization didn’t have a digital advocacy tool as part of their advocacy strategy.

That was something she saw the need for right away.

“I just wasn’t engaging people,” says Post who set about gathering resources with corporate sponsorship, and growing dues so she could launch her online advocacy engagement.

“I wasn’t doing any advocacy prior. I was depending on the ASPCA and their action alerts, because we were working together on some issues. But once we established our own legislative agenda, I knew that we needed to have our own advocacy tool.”

There was one particular initiative issue that Post developed where she knew having a tool would be essential.

The Companion Animal Capital Fund, an idea she came up with to generate a funding stream from Albany to help shelters with capital projects.

“People thought I was nuts,” she says. “There’s a library construction fund in the state of New York, and I thought, well why can’t there be one for animal shelters? So, I pitched the idea, and we were the lead on it, but I knew that we’d need an online advocacy tool [to carry it off].”

Finding The Right Tool for Implementing the Advocacy Strategy for NYSAPF

Post was already familiar with one of FiscalNote's advocacy solutions through her work with the New York Library Association.

“I’d worked with it and I knew that [it] worked well,” she says.

But like any good government relations professional on a budget she talked to other people in the business, and did some online research.

“I literally Googled online advocacy tools. It was that simple. I needed something that would do both the tracking of the legislation and the online advocacy. I talked to other vendors but it became really clear that [FiscalNote] had both tools that I needed. I liked the interface, and I got a good deal!”

Back up support was also a factor for Post.

“It has been great,” she says. “When I couldn’t figure something out the customer service person would call me from home. That’s the kind of service I like, and look for, so that’s why I decided to go with [it].”

Life After the Tool

The success Post has had in implementing this advocacy strategy is staggering. Securing a $5 million capital fund in just her second year of trying.

But having the tool was just the first step in launching her Companion Animal Capital Fund campaign. Now she had to put it in action.

Here’s how she launched and completed that successful campaign.

“We did five email engagements or blitzes,” Post says of the campaign that ran from February to April of 2017.

“The first one, “Your Shelter. Your Call” was just to animal shelter leadership, urging them to call their assembly member to get them to sign on to the budget bill letters in each house.”

That had a 44% open rate, as would be expected from those most engaged in the issue, and Post says many animal shelter leaders followed through and took the action.

“We had a good number of people call and I also called and targeted folks, and sent emails to my board to get them to call, which I know they did.”

That was followed up with a general action alert to the entire list asking people to email senate leadership and urging them to put the fund into their request.

“We knew the Assembly was going put it into their budget request, but there was a question as to whether or not the Senate was going to do it, so we really pushed senate leadership to do it,” says Post.

With that push from NYSAPF the request ended up in both budget bills.

As the deadline for the budget got closer, Post launched a countdown action alert to encourage people to take action.

Emails with subject lines such as “Call for the Companion Animal Fund today. We’re 95% there. There’s $5 million!” resonated well.

A third push was another “Assembly Support Needed” action to just shelter executives and had a 29% open rate.

They also sent out an email to encourage people to come to their lobby day called, “Stand with your animal shelter in Albany” to 719 people and had a healthy 26% open rate.

Post says there wasn’t a particular strategy to how often the action alerts would be sent out.

“I wish I could say we had a plan beforehand on how many we would send. We sent them out as we needed to. It was ‘Let’s do this now. Let’s get this going.’”

The Secret Sauce in NYSAPF’s Success?

Not happy to rely on the action of her current advocates on NYSAPF’s email list, Post decided to escalate things on social media.

“I sent out the emails, but then I also went on Facebook. My folks, as I’ve seen from the stats, are much more likely to send an email than they are to make a phone call.Not my shelter people. They will make a phone call, but the people who have signed up as advocates.”

Armed with that knowledge, Post was able to piggyback her outreach emails on social media for the best response rate as part of a holistic advocacy strategy.

“I’ve used an effective combination of Facebook and [FiscalNote's advocacy solutions] to build a base of close to 2,000 advocates from across the state, who will respond when I send out something on Facebook with the link, or if I send out an email or a communication directly to my list.

The results of NYSAPF’s advocacy strategy were impressive

Post also remembered the cardinal rule to follow up and let supporters know what happened, and she used it as another way to get people to engage.

The other upside of her social media engagement efforts means Post has substantially grown her advocacy list.

“When we did a mini campaign in November asking people to send the governor an email asking him to put the money in the executive budget for FY2018-19, we boosted the post for $50 and reached 6,200 people. We ultimately got 491 people sending an email to the governor through the  advocacy platform with that. For $50!”

Not only that, but Post’s advocacy engagement for the Companion Animal Capital Fund resonated with the Governor himself.

“When the Request For Proposal (RFP) was released, the governor’s office put together a very cute video promoting the fund. He didn’t have a pet at the time, but there was a picture of him at the state fair holding a German shepherd puppy that is going to become a police dog.

He and the state legislators are going to get very good play on this. We made sure the RFP process was completed and awards were made before the start of the 2018 election cycle. We know that if elected officials can use our initiative in their re-election efforts, they are more likely to support it year after year. In fact, one state senator was at his local shelter the day after the awards were announced. Their picture and a story about the Companion Animal Capital Fund appeared in the local paper.”

This successful advocacy strategy example highlights how the right combination of tools and planning can lead to raising money for a cause and getting in front of the local elected officials.

Why NYSAPF Sees The Tool As Essential

“Without a tool I couldn’t get anything done. It was just that simple,” says Post.

“I couldn’t get attention to the topic. I couldn’t get people to reach out to their legislators – or to the governor. In terms of tracking, I wouldn’t have been able to watch the legislation. I would have been paying as much for what’s called StateWatch here in New York just to track the legislation, as I do for both utilities, the tracking and the online advocacy tool.”

Are you sure you didn't miss something important? 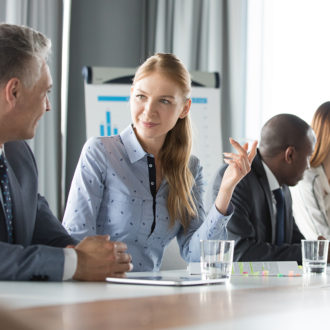 Making the Case for FiscalNote State to Your C-Suite 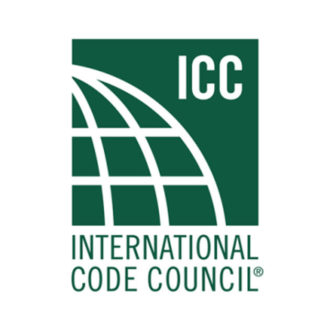 How the International Code Council Stays on Top of 1,500 Issues a Year with FiscalNote 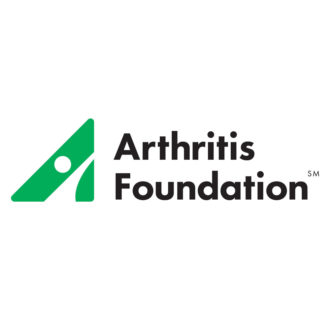